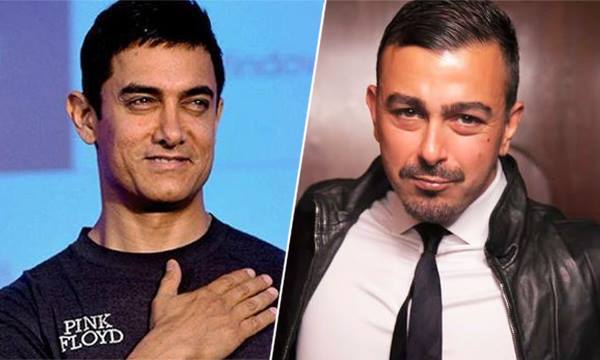 Pakistan’s prominent patriotic actor, the veteran Shaan Shahid never fails to make us proud.  A staunch believer of the talent that thrives in his nation, the star never shies away from condemning other celebrities who choose to act in B-town over their own entertainment industry.

Many people do not know but Shaan was asked to play a villainous avatar in the Bollywood movie, Ghajni.  While the actor declined the offer to act in the movie, Aamir Khan was all praises for our superstar!

According to B-town’s Mr. Perfectionist, there is no better actor than Shaan Shahid in the whole of the subcontinent.

See for yourself what Aamir Khan said about Shaan here!

Earlier, the Lollywood actor had also revealed in an interview to The National about the reason he turned down the role in Gajhni.

“I refused India once. When I read the role, I knew that they needed a new terrorist face and I said no. In Pakistan, I live in people’s hearts. That’s a huge responsibility. I cannot let them down.”

The reverberation of Shaan’s powerful acting skills was bound to travel to India. It is indeed a proud moment to know that Aamir Khan applauded Shaan for his stellar performance in  Khuda Kay Liye and was eager to cast him in Ghajni!

Shaan is truely the true “shaan” of Pakistan! Hats off to the superstar!