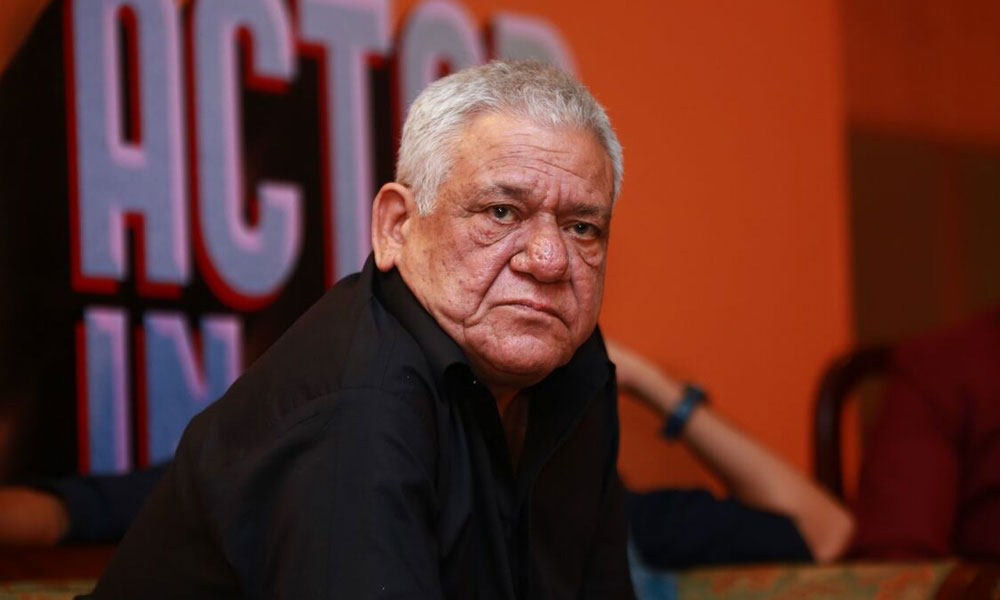 Bollywood legendary actor, Om Puri passed away during the early hours of Friday morning due to a massive heart attack.

A close friend of the acclaimed actor, filmmaker Ashoke Pandit confirmed the sad news through his twitter account.

The versatile Bollywood actor appeared in commercial, mainstream and parallel cinema. He starred in British, Indian and Pakistani films throughout his career.

Puri’s friends and the entire Bollywood fraternity was left shell-shocked by his demise.

Here’s how the B-Town Celebs are expressing their grief over the veteran actor’s death!

“Gods garden must b beautiful, He always takes the best“ Will miss ur laughter over the shared brandy in Berlin. Will miss u lots Omji. RIP

Seeing him lying on his bed looking so calm can’t believe that one of our greatest actors #OmPuri is no more. Deeply saddened & shocked.

Shocked and saddened to learn that #OmPuri Ji is no more. You will be missed. Condolences to the family. RIP.

Had meet #OmPuri sir a couple of months back only and had an amazing conversation.Saddened by his sudden demise. Rip #OmPuri ji.

Shocked to know that the immensely talented actor #OmPuri passed away. Big loss to our film industry. RIP 🙏

Sorry to hear of the passing of an amazing actor #OmPuri ji . Had the opportunity of working briefly in A Hundred Foot Journey ..

Deeply saddened to hear about #OmPuri sir! He was such a huge part of the core of Indian cinema..RIP ! Truly and end of an era..

An actor, a teacher, a friend & a great soul #OmPuri ji. Filled with passion for his craft & innocence in his heart. We will miss him. pic.twitter.com/I1JgBCvs2q

You will live in our hearts forever through the impressions you have left with your versatility. We will miss you. RIP #OmPuri

Om-ji, there will never be anyone like you again… as an actor or as a person. Will miss you tremendously. Sad sad day.

Really sad to hear #Ompuri sir is no more,a genius performer ! My thoughts n prayers are with his family 🙏

Sad to hear about the passing away of the very talented Om Puri, my co-actor in many films…heartfelt condolences to the family. #RIP

The end of an era …. The legacy lives on.. RIP #OmPuri

Remembering the many moments of joy the legendary #OmPuri gave us. This, from @nfdcindia's Jaane Bhi Do Yaaron. RIP, Om Puri sa'ab. pic.twitter.com/sLZCpk69m0

I remember driving with him every morning to set listening to old Hindi music during delhi6, So sorry to hear to hear of his passing #Ompuri

Om Puri saab,you put a small town like Ambala on the map.Will never forget the amazing conversations with you.Your legacy will live forever.

We lost a legend today. Your contribution to Indian cinema won't be forgotten #OmPuri

It's such a sad day .. so much talent , humour, generosity and such compassion.. You will be missed much #OmPuri Abba