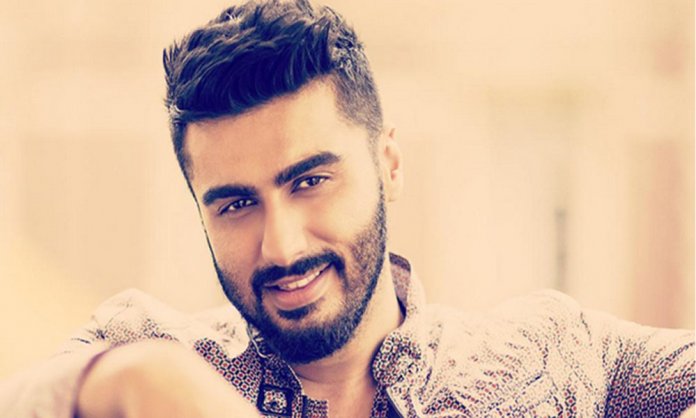 Well, it was just another day when a die-hard fan of a Bollywood actor who asked him to visit Pakistan and received the most dreamy reply!

We are talking about the Bollywood hunk, Arjun Kapoor, who has expressed his wish to visit Pakistan and his fans can’t be more excited!

Arjun Kapoor is one of those celebrities who like to have frequent interaction with their fans and followers on social media.

This happened when the heartthrob was stuck in traffic so he took to Instagram to have a little communication with his fans via Instagram stories and told them to ask him anything!

Considering the popularity of Bollywood stars in Pakistan, Arjun Kapoor has got a huge fan following here and one of his Pakistani fans took the opportunity to ask the most exciting question!

Appreciating his sense of humor, the die-hard fan asked if Arjun Kapoor will ever visit Pakistan to which the Half Girlfriend star thanked him and replied that he hopes ‘one day’!

As exciting as it sounds, it’s undoubtedly great news for Arjun Kapoor’s fans in Pakistan who will be literally over the moon if the Bollywood hunk ever steps into our side of the border.

Back in September, Arjun Kapoor was all ‘fanboying’ over Atif Aslam and sounded extremely excited over the fact that he will be lip-syncing his songs in Namaste London as he teased his co-star, Parineeti Chopra!

But he’s basically sung for me & not u… thanks @itsaadee can’t wait to lip sync it while @ParineetiChopra stands n watches… https://t.co/fE6I0E8fEt

Having a friendly exchange of words between Pakistani and Bollywood celebrities and fans often dilute the hatred away due to intense political situation between the two countries.

It’s great to see how Arjun Kapoor has appreciated the love from his Pakistani die-hard fan and his humbleness has certainly won our hearts!

#Repost @the.vainglorious with @get_repost ・・・ 🎵What a night for a dance, you know I'm a dancing machine With the fire in my bones, and the sweet taste of kerosene🎵 Outfit – @KunalRawalOfficial Assisted by @shradhapamnani @priyanka2.0 #ArjunKapoor #NamasteEngland #KunalRawal #KingsOfLeon #Revelry

And yes, we are really hopeful that our favorite Bollywood actor will visit Pakistan very soon!