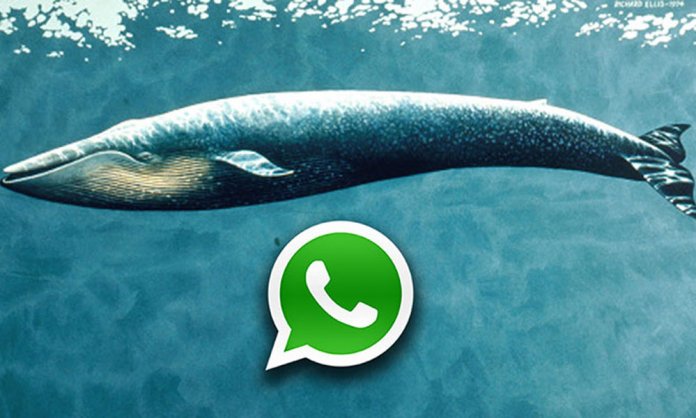 We all know by now that Blue Whale curators have played a nasty role in manipulating young teenagers to commit suicide, but one curator has crossed all limits!

A man claiming to be the curator of the notorious ‘Blue Whale’ game is harassing girls in Dadu city of Sindh using the popular messaging application, WhatsApp.

Women Protection Cell Hyderabad became after receiving complaints from 2 girls who have claimed that a man has been harassing them and claims to be the game’s curator. He asked them for friendship and tried to blackmail them. The number belongs to someone from the United States. He is trying to manipulate them into giving in into what he says by saying their social media accounts are hacked and now they will have to do what he says and finish tasks he assigns to them.

WPC has issued a warning for all women and in general asking individuals not to fall for such scams. The Blue Whale game is a series of challenges given to teenagers by unknown strangers. The group asks for photographic proof from the teenagers who have accepted this challenge for each task given to them.

It is thought that these tasks are carried out for 50 days and on the 50th day the masterminds ask the child to commit suicide.

The previous tasks are carefully plotted throughout, they start with something small like cutting a Blue Whale on your arm, watching torture and horror movies, waking up in the middle of the night at random hours to make the child sleep deprive.

Slowly and gradually these tasks become more violent and brutal tasks which then manipulate the child who is the victim of their plan. When a child asks to back out and quit, they are blackmailed by saying that the group has all of their information, and it will not be difficult to use it and find the child.

Apparently, when the child starts playing, the vigilantes hack into the device, gaining access to the IP address (child’s location) and other information related to them and the family.

It is also being assumed that there is an application for the game and a downloadable version for it as well.