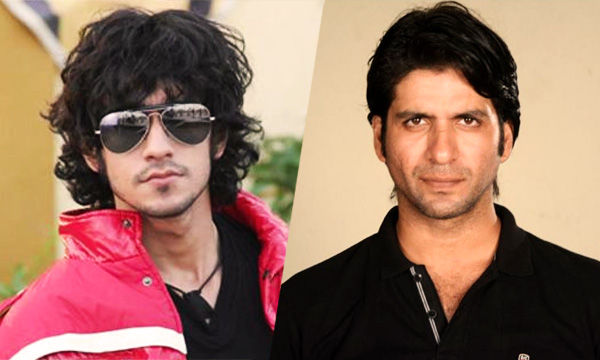 After the surprising double elimination of Arvind Vegda and Vikas Bhalla on Saturday and Sunday respectively, Bigg Boss 9 gets some twist with a wild card entry. The new inmate to enter the house through this advantage is Rishabh Sinha, a 27-year-old actor was rose to fame with his role as Ayan in Zee TV’s daily soap Qubool Hai.

He was a former Splitsvilla 5 participant and also appeared in Subhash Ghai’s Kaanchi last year.

Rishabh Sinha is determined to break the jinx by being the first wild card contestant to win the show. He has entered the house with a killer strategy. “I just have one strategy…Kill them all,” he told IANS over the phone. The actor is an avid viewer of Bigg Boss and has claimed to follow its every season. Flirty by nature, he wants to be friends with the women first and is willing to add some spark and excitement in this season which is going quite hum-drum.

He believed that nothing is happening much in the house and the contestants are quite ‘thanda.’

“There is no fire and I think I am going to be the one to light it. I don’t understand why people don’t admit that they are in a group. I’ll not do that. Whatever I do, I will do it in the open,” he said.

The actor is optimistic and thrilled about his journey in the Bigg Boss 9 and wanted the housemates to taste the real flavor of double trouble.

Another actor who is expected to make wild-card entry this week is Puneet Vashist. He is a renowned TV actor and has appeared in daily soaps like ‘Kusum’ and ‘Kaahin Kisii Roz’. He has also played key roles in Shah Rukh Khan’s Josh and Ajay Devgan’s All The Best: Fun Begins.