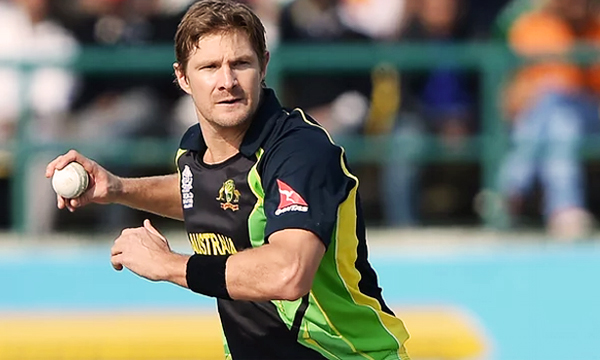 Australian all-rounder Shane Watson announced Thursday he would retire from international cricket after the ongoing World Twenty20 in India, bringing to an end a sterling career spanning 14 years.

Watson, 34, shared his decision to call it quits with teammates in Mohali, where Australia take on Pakistan in a World T20 group match on Friday, Cricket Australia said.

“It’s been over the last week that it’s really become clear that now really is the right time to retire from all international cricket,” Watson said in a statement issued by the national cricket body.

Watson had retired from Test cricket at the end of last year’s Ashes tour of England and has not played one-day internationals since September.

Watson, who is also retiring from first-class cricket, would however, remain available for lucrative T20 leagues around the world.

Other players such as the West Indies’ Chris Gayle have also stopped playing Tests in order to earn big bucks in tournaments like Australia’s Big Bash or the Indian Premier League. An opening batsman and a reliable pacer Watson scored 5,757 runs from 190 ODIs.

He also took 168 ODI wickets and holds the Australian record for the highest ODI score, an unbeaten 185 against Bangladesh in Dhaka in 2011.

Always a dangerous player in the shortest format, he has scored 1,400 runs from 56 T20 internationals so far while taking 46 wickets.

Watson was the last surviving player of the Australian golden era, having played along with the likes of Glenn McGrath, Shane Warne, Ricky Ponting and Adam Gilchrist.

World T20 2016: Pakistan To Give Its Best Shot For Afridi

“I really enjoyed my time being back in the Australian squad but, it is quite different,” Watson, a father of two, said.

“None of the other guys that I played with growing up are here anymore.”

Watson was part of Australia’s World Cup triumphs in 2007 and 2015 and also starred during the team’s winning campaigns at the Champions Trophy finals of 2006 and 2009.

A key member of Australia’s 2013-14 Ashes whitewash of England, Watson has had to battle niggling injuries but he managed to defy the critics each time.

Watson had mulled quitting Test cricket in 2013 after a disastrous tour of India that saw him being suspended and sent back home for failing “to do his homework” as the vice-captain.

“The thing that really shone through at that point in time was how much I do love the game and realising that was absolutely living the dream.

“I just had to get through that period of time having faith that there was light at the end of the tunnel and there certainly was.”

“Congratulations on an outstanding international career, you’ve captivated us all with your all-round skills,”  Moody tweeted.

With more time on hand, Watson said he would try his hand at coaching.

“It’s no secret I do love coaching and that’s one thing I will be doing in my time off.”