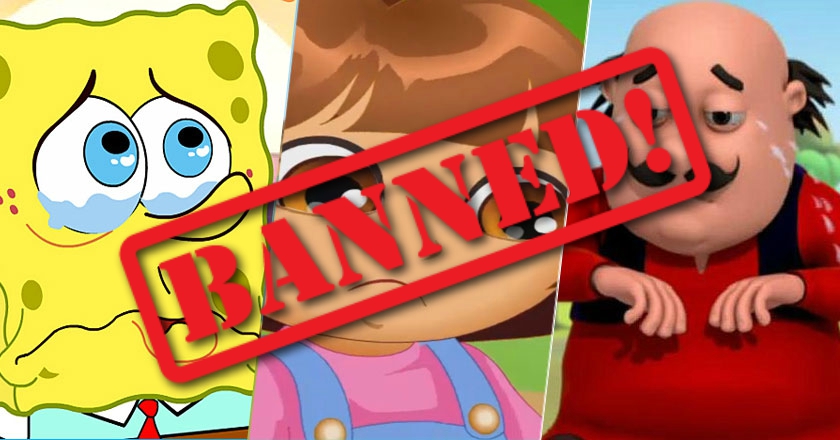 ARY Digital’s Nickelodeon Channel Banned by Pakistan Electronic Media Regulatory Authority (Pemra), suspended the license for the TV channel, Nickelodeon, a joint venture between local media company Ary Digital and MTV Networks International.
The reason behind the ban is being reported to be the airing of cartoons being dubbed in Hindi.

http://www.brandsynario.com/pemra-puts-blanket-ban-on-indian-content-on-pakistani-tv/
This ban was announced October 19 after the electronic media watchdog announced that the content being aired on the channel violates the terms and conditions of Pemra. This news surfaced after the official Twitter account shared the image of the decision taken by the authority.

Pemra has also imposed a ban on airing Indian content from FM radios and all local television channels. It has been implemented on the cable networks, including the channels being operated by cable operators, according to Dawn.
The source also adds that Pemra’s decision is largely seen as a tit-for-tat move after a similar action by some channels and the entertainment industry in India against Pakistani content and artists.