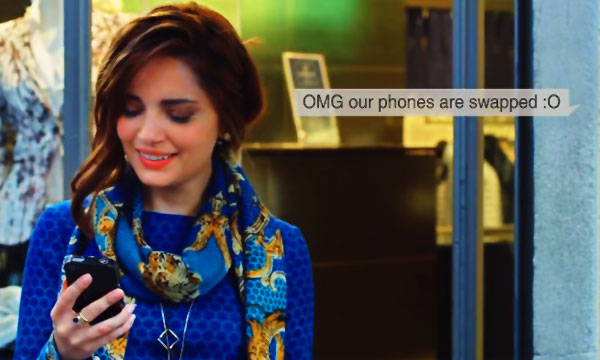 Nishat Linen’s much-awaited TVC for the Winter Collection’15 has been brought to life by the stunning starlet Armeena Rana Khan and the charmingly handsome Ali Rehman.

The aplomb and elegance of the brand, Nishat is reflected in the beautiful commercial. Watch the ad below:

Looks like there is no backing down for the rising starlet Armeena Rana Khan, a Pakistani-Canadian star who has attained major success in a very short span of time.

Her association with Nishat Linen is dated back to 2011 when she graced the screens with the 2011-2012 Nishat Linen campaign.

Nishat Fabrics, under the umbrella of Nishat Mills Limited is associated with panache, lively colors and exquisite designs. It has launched a chic and tasteful collection this season too.

The Winter Collection’15 TVC, conceptualized, created and directed by Guddu Shani Films and partnered with ODU movies, promotes the assemblage for the winter season rather exquisitely.

The advertisement has been shot in the exotic location of Italy depicting the beauty of the brand. It starts off with beautiful Armeena and Ali Rehman colliding into each other while walking on the busy streets of Italy where their phones get swapped. They then start communicating through their phones while shots of the ever-gorgeous Armeena roaming the streets of Italy, donning beautiful Nishat designs are a sight for sore eyes.

With a befitting tagline “Live the elegance of Nishat Linen’s world”, the advertisement has received an immensely positive response and truly showcases a promising Winter Collection for 2015.

How did you like the ad? Let us know in the comments below and stay tuned to Brandsynario for more updates!

Durex Pakistan’s Latest DVC Has Got Everyone Talking