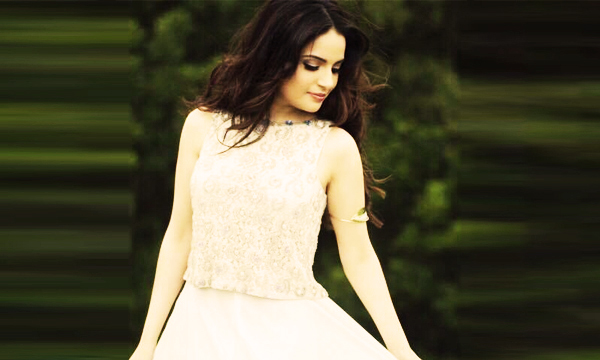 Armeena Rana Khan, the gorgeous face of the Pakistani entertainment industry has played various roles in dramas, as well as Bollywood movies. The actress is all set to to enthrall her fans once again with her upcoming Pakistani movie, Janaan. View her complete biography, details, and pictures below:

Born on March 30, 1987, Armeena Rana Khan is a Pakistani-Canadian film TV actress and an international commercial model. She was born in Ontario, Canada and now resides in London UK. Armeena graduated from Manchester with a business degree.

She is 5’7 inches tall with brown hair and hazel brown eyes. With her extraordinary beauty and elegance, she is an inspiration for the Pakistani youth.

Armeena started her modeling career in her residential city Manchester where she did a fashion show for her friend. Soon after the fashion show, Armeena Khan was signed up by Yasir Akhtar who involved her in different projects, one of which included a music video “Dil-Ka-Diya” (Remix sung by Khiza).

She is best known for her roles in the serials Mohabbat Ab Nahi Hogi, for which she was nominated for Hum Awards 2015 and for Ishq Parast and Karb.

Her perfomance is highly anticipated in the upcoming Pakistani romantic comedy flick Janaan alongside Bilal Ashraf and Ali Rehman. The movie is based on the Pakhtun culture and shot mostly in Swat. The actress plays the role of a girl who visits Swat for a family wedding, all the way from London.

Armeena also played a debut role in a Bollywood project Huff! It’s Too Much in 2013. She was also cast in the British film Writhe, directed by Sharaz Ali, which was screened at Cannes Film Festival 2013.

Did You Know? Armeena Rana Khan is the first Pakistani actress to walk on the red carpet of Cannes in 2013.

She was also seen playing the role of a ghazal singer in Unforgettable, a Bollywood film which was released in 2014.

Armeena also appeared as a lead cast in Bin Roye alongside Mahira Khan and Humayun Saeed which wil be unveiled as a drama serial soon on Hum TV.

Let’s have a look at her filmography and television career:

Armeena has been named among the top 50 sexiest women in the world. She is a glowing face of Paperazzi Magazine, Hello! Pakistan, Asian Wedding Magazine, She (Pakistan), Perfect Asian Magazine, The Mag Weekly Pakistan, online and newspaper publications in UK and Pakistan.

She is also a brand ambassador of ‘I hate fake’ under the Global IPR Foundation which strategize against drugs, food and general goods. She endorsed the Jewelry Box Billboard Movement and Elegance Beauty Salon and has worked in numerous recognized commercials ads and brands.
Watch Armeena Rana Khan’s Dalda TVC below:

Here are her pictures from the photoshoot for Nishat Linen Nisha Fabrics and Home Fashion Nisha Winter Collection 2015:

View the Nishat Linen TVC below:

Armeena follows a simple dressing trend with elegant styles and cuts. She prefers wearing non-fussy outfits which can reflect her simplicity and sophisticated dressing sense. She has become a fashion icon for the industry.

Did You Know? Armeena is really passionate towards her work and projects. She always considers ‘FUN’ being a key element of her work

Here are some images of Armeena Rana Khan

Stay tuned to Brandsynario for all the updates on Armeena Rana Khan!