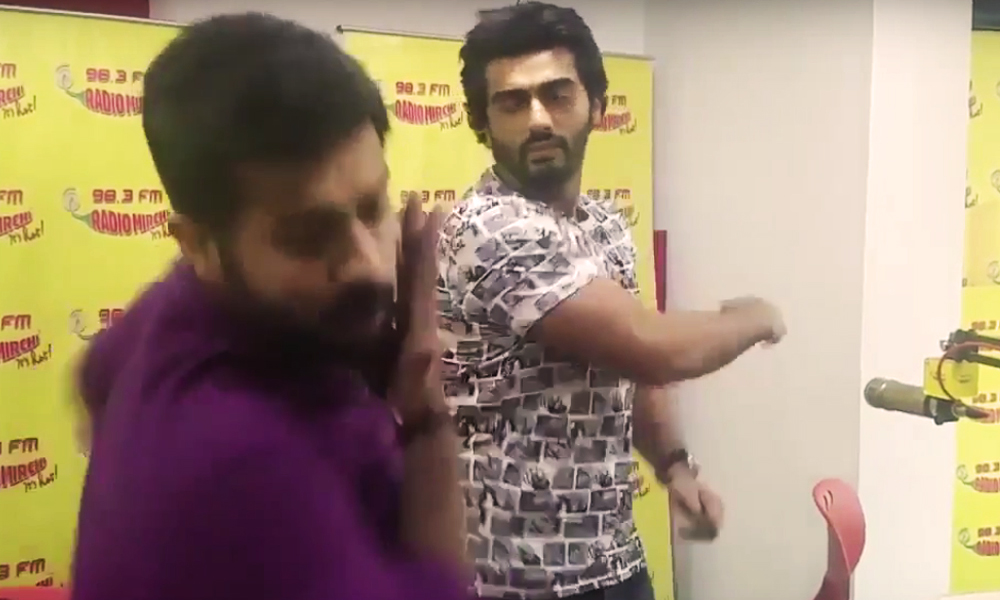 Arjun Kapoor dropping off his cool and calm personality, slapped a Radio Jockey (RJ) Arpit and also broke his camera during the promotion of his upcoming film Ki and Ka.

According to the Bollywood reports and a video going viral, Arjun visited the Radio Mirchi office in Mumbai for the promotions of his upcoming film that also stars Kareena Kapoor in the main lead. Arjun lost his temper when RJ Arpit asked him whether he has run out of characters to play which is the main reason why he opted for a girly character in the movie Ki & Ka.

Over this question, Arjun instantly slapped Arpit and also broke his camera by slamming it on the ground. By the looks of it, it surely seems it was all just in good fun.

Both Kareena Kapoor and Arjun Kapoor are to be seen on the silver screen together for the first time in the upcoming movie Ki and Ka.

The movie showcases a househusband, played by Arjun Kapoor, while Kareena Kapoor is to paly an ambitious working woman who earns for the family; the movie is all set to release on April 1, 2016.