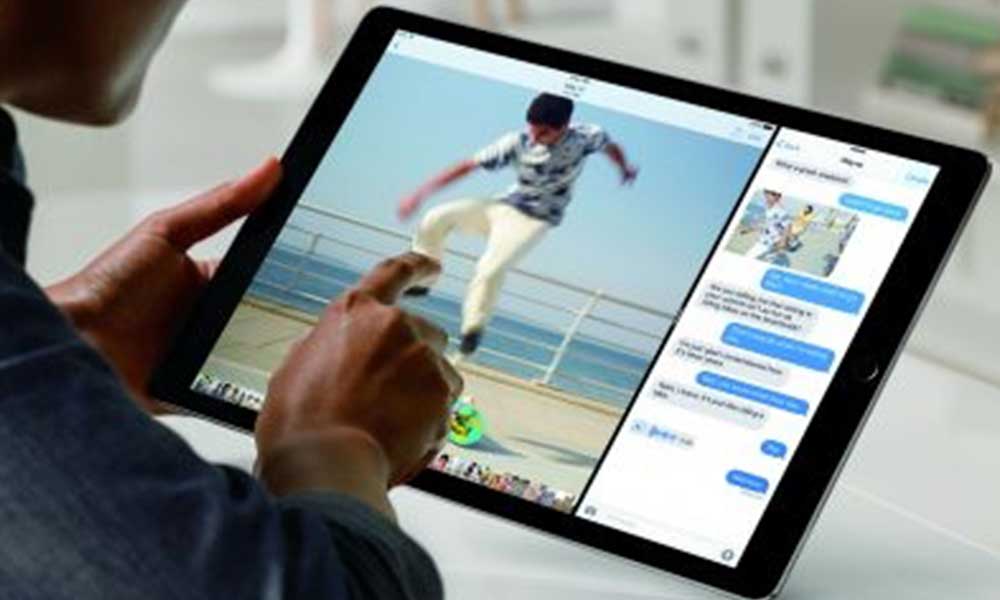 The California tech giant said in a statement the new iPad — a large-screen tablet aimed at replacing portable PCs — would be available online Wednesday and in stores later in the week.

The new tablet with a 12.9-inch (32.7-centimeter) display, also includes a detachable keyboard and stylus.

The iPad Pro starts at $799 for US customers, with a keyboard option for an additional $169.

“The early response to iPad Pro from app developers and our customers has been incredible, and we’re excited to get iPad Pro into the hands of customers around the world this week,” said Apple senior vice president Philip Schiller. The iPad Pro includes a stylus called Apple Pencil — despite insistence from late Apple co-founder Steve Jobs that consumers did not want such an accessory.

A report last month by market tracker IDC showed a 12.6 percent year-over-year decline in tablet sales in the July-September quarter. IDC analysts said tablet owners are not replacing the devices as frequently as in the past.

And some are shifting to large smartphones, or “phablets,” or to lightweight PCs, some of which have detachable keyboards.

But analysts have seen some growth in the “hybrid” category of lightweight computers like the Microsoft Surface which have detachable keyboards.