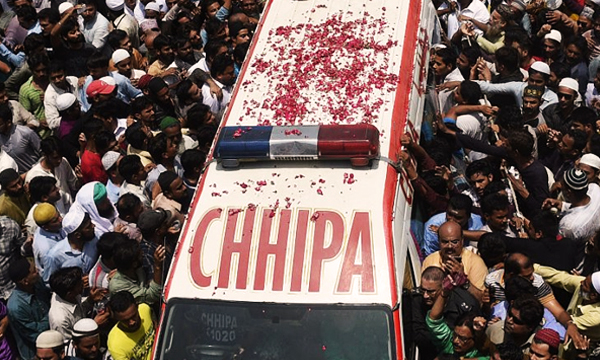 Thousands of Pakistanis on Thursday thronged the streets of Karachi to attend the funeral of one of the country’s best known Sufi musicians, who was gunned down a day earlier in what police called an “act of terror”.

The funeral prayers for Amjad Sabri, which were held on the city’s major Ibn-e-Sina thoroughfare, brought together large numbers of both Sunni and Shi’ite Muslims, men and women, with many praising his devotional music, humble lifestyle and charitable work. 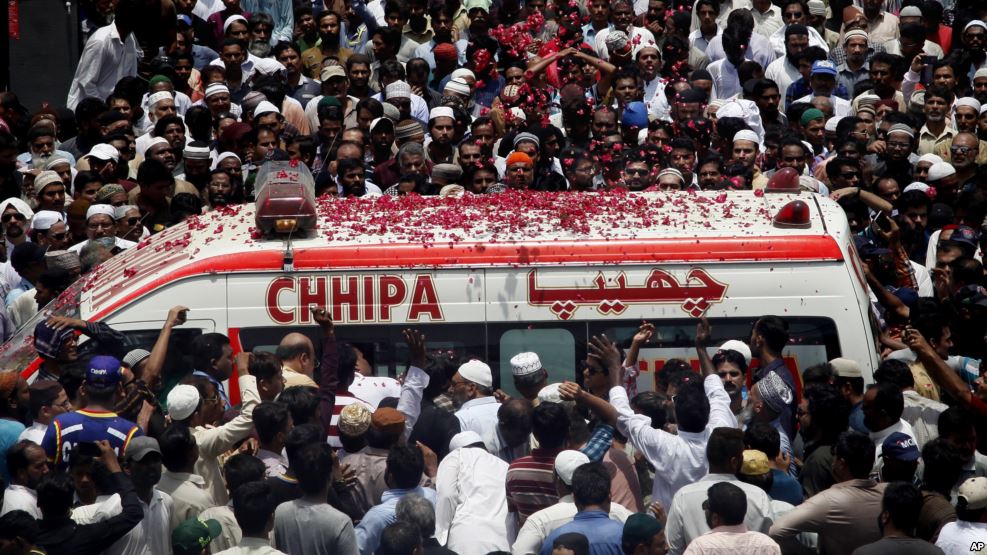 He was shot dead by two gunmen riding a motorcycle on Wednesday as he drove his car to a TV studio where he was due to perform for a Ramadan show. Another male relative, Saleem Sabri, was critically injured in the attack.

Dozens of police and paramilitary Rangers on Thursday guarded the funeral procession winding its way down the road, as a sea of mourners, some wearing black armbands, others in coloured turbans that signified their sects, surrounded the ambulance carrying Sabri’s body.

Many crowded to touch the ambulance, a gesture of reverence for the deceased.

Shops and businesses in the Liaquatabad and Nazimbad areas shut down for the day.

Mohammad Farooq Khan, a 36-year-old who contracted polio as a child, said he had walked 12 kilometres from the city’s north on his crutches to attend the singer’s last rites.

“Allah has brought to here to participate in the funeral of that great man,” he said.

Another mourner Shaheen Iqbal said she had asked Sabri for help just days earlier. “He gave me rations for Ramadan and some money. He also promised to help me get a small apartment,” she said, tearfully.

Some observers have said that Sabri may have been assassinated because he was a high-profile Sufi, a mystic Islamic order that believes in living saints, worships through music, and is viewed as heretical by some hardline groups including the Taliban.

A man claiming to belong to a little known faction of the Pakistani Taliban said his group took responsibility for the attack in a phone call to AFP Wednesday, though it was not possible to verify the claim and a senior official said police were still investigating.