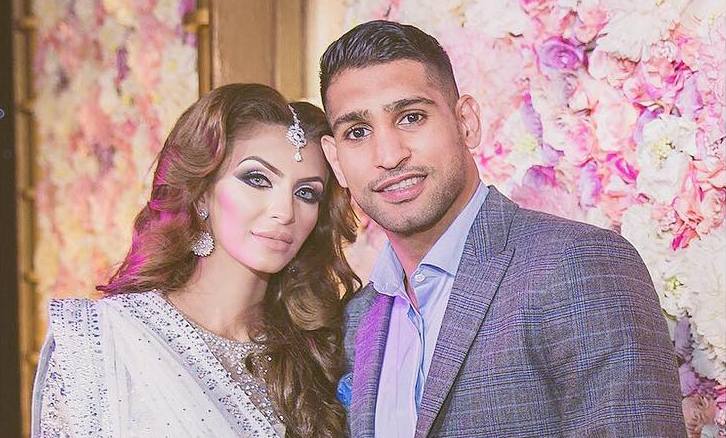 Move over Kardashians! Seem like there’s another family ready to take the reality television genre by storm. The Sun, a UK based tabloid newspaper, recently published a piece revealing that British boxer, Amir Khan and his wife, Faryal Makhdoom would be kick-starting their own reality series on the new Sky channel, Booom TV. If this is true, then it is bound to be the coolest thing ever!

News of this T.V program is making waves on social media, right after Faryal Makhdoom flooded her Snapchat with accusations of physical and mental abuse against her in-laws. The Sun, known for its controversies, hints that this family drama was actually stirring up publicity for their supposed upcoming TV series. However, this seems absurd as Makhdoom hurled some serious allegations at her in-laws and it can even lead to legal trouble for all parties involved. If the buzzing reports are genuine, the this won’t to be the first time that Amir Khan will invite cameras into his daily life. Just recently, Khan documented his training activities before his fight with Canelo Alvarez for an HBO reality series ’24/7′. We are guessing the the rumored reality program will be filled with heaps of drama, ready to entertain his fans all across the globe.

Few days back, Faryal was in the news for her explosive Snapchat stories, accusing her in-laws of domestic abuse, bullying ad violence! Many had been wondering if the model’s Snapchat account was hacked. However, it all turned out to be true once she took to her Instagram and uploaded a video of the late Lady Diana talking about her own personal struggle with her in-laws.

The Sun has reported that this new series will be similar to the world famous E! cable network series, “Keeping Up with the Kardashians” with the cameras following the Khan family around and documenting their everyday activities.

The article also stated that there was a picture uploaded on the channel’s Instagram page that showed Amir and Faryal posing together with the caption: “Coming soon on @BooomTVUK #HomeWithTheKhans.” However, the post is now removed from social media!

Does this mean that the name of the alleged reality TV series will be “Home With The Khans”? Let’s wait and watch!