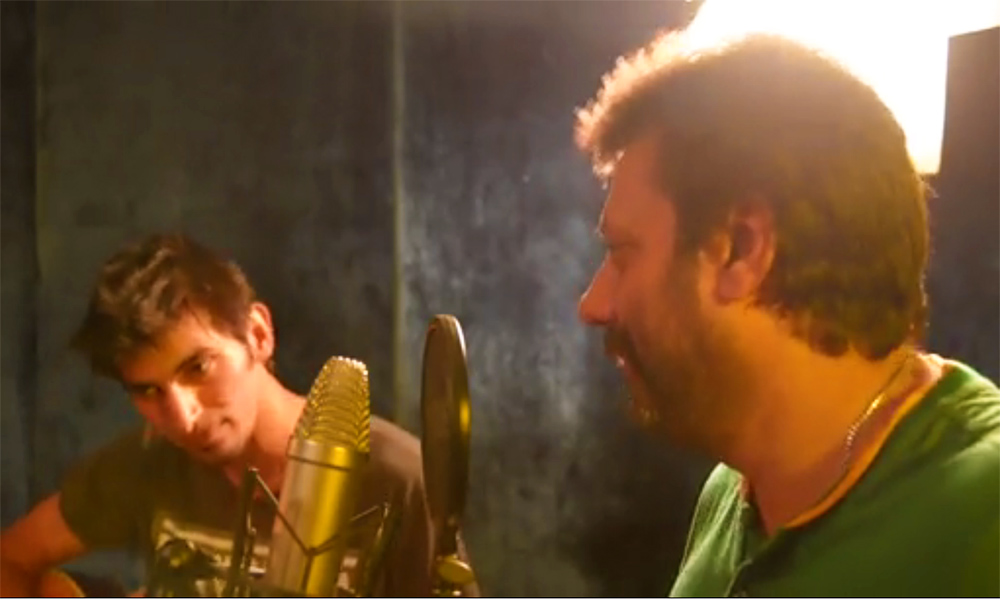 After the release of ‘Mere Saamne Wali Sarhad Per’ from India, Pakistan’s Army Officer Mohammad Hassan Mairaj has released his version of the song, and we all are in for a surprise!

‘Mere Saamne Wali Sarhad Per’ by Aisi Taisi Democracy was a result of the collaboration of Rahul Ram, stand-up comedian, writer and lyricist Varun Grover along with the stand-up comedian and social satirist, Sanjay Rajoura. The song speaks about the commonalities between the two nations rather than the differences.

Watch the video by India here:

In response to the song, Major Mairaaj also wrote a song stressing over the fact that the leaders should no longer perpetuate negative feelings amongst the people. It also emphasizes that it is now time to accept our neighbors and make peace with them. It is sung by Mujtaba Ali, with Ali and Kamran on guitar, while Gul Durrani directed the video.

The guys from Aisi Taisi Democracy also loved the reply to their song. See their tweets:

Kudos to Pak friends who have replied in kind .Here’s their version of “Saamne wali sarhad” @varungrover http://t.co/v8kTGKUHOF @theRealYLH

AMAZING! Muhammad Hasan Miraj (an officer in Pak Army) replies to our ‘Saamne waali sarhad’ song with this: http://t.co/tZI6L2ZF5z

While the NSA peace talks between India and Pakistan have fallen through, the people of the two nations have come to the realization that 70 years of hatred has been a long time.

We believe people would rather give peace a chance now. What do you think? Share your views in the comments below.