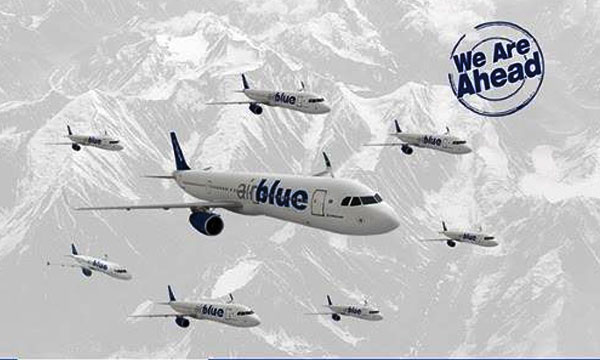 Pakistan’s prominent budget-friendly airline, Airblue’s latest ad on its website has created a stir in Pakistan’s advertising scene. While some think the promotional post is perfectly timed, others feel the airline seems to be using a mud-flinging tactic to target PIA, who has recently suffered an ill-fated crash of one of its carrier.

The ad shows the airline’s planes, flying high over snow-capped mountains with a list of its massive fleet. The type of airbuses and ages of the planes are also added to the list.

The advert also mentions a tagline in reference to having the youngest fleet in the country. The post created a great buzz amongst the marketing enthusiasts on the Facebook group ‘Khalid Alvi’s Marketing Next’.

Some feel this was a great move by the aviation brand and that it’s a part of healthy advertising. What do you think about this latest ad by Airblue Airlines? Let us know in the comments below.

Follow Brandsynario to keep updated with the latest news and more.