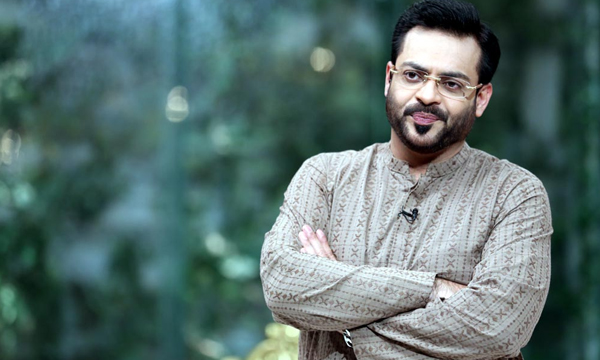 We never thought we will be witnessing a bonding between the rivals, Fahad Mustafa and Aamir Liaquat! Yesterday, the Jeeto Pakistan host sent out a declaration of love to his competitor live on TV. And now, Liaquat has hit back with an equally romantic reply!

During his show “Aisay Nahi Chalay Ga”, Aamir bhai did not shy away from  calling Fahad Mustafa his brother and said:

I Love You Too Fahad Mustafa

What is more, Liaquat openly told Mustafa that he can gift a plane to the Na Maloom Afraad hero as well. But for that, he has to come and do a live show together! Now just imagine, how cool will that be?

See Aamir Liaquat’s reply to Fahad Mustafa for yourself here!

There is always a tug of war going on between the duo. Both the boys have to ensure they get the most ratings for their channels and even reap the most fan-following!

Despite all the cut-throat battle of TRPS, it’s good to see both of them indulging in a healthy competition!