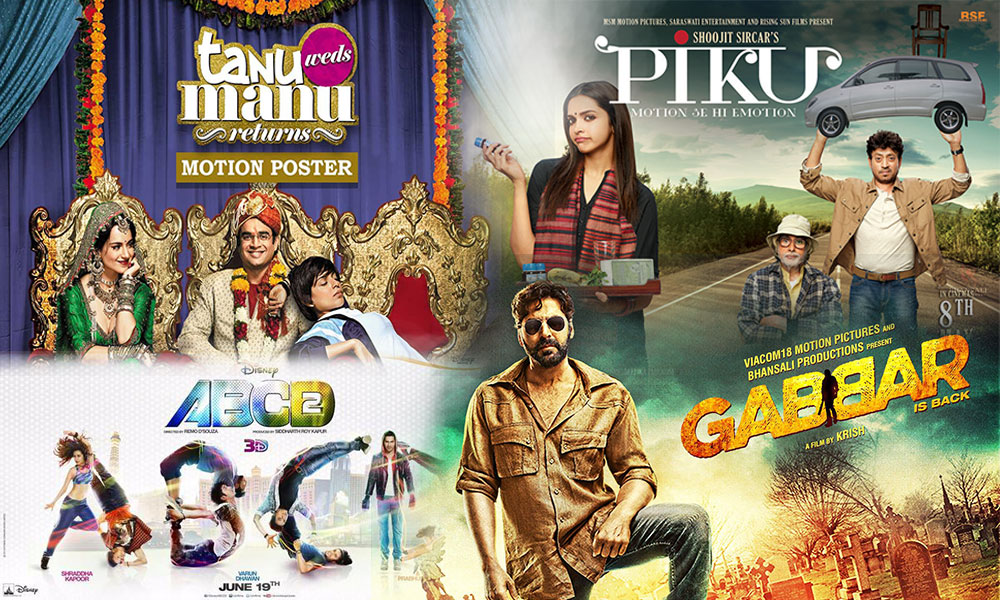 The first quarter of the year 2015 witnessed many blockbuster Bollywood movies that broke all the already-made records in the box office. And while, it is acceptable to think that the B-Town glitterati starring in these films has what made the films huge blockbusters, but apart from that, these 7 films also excelled in scripts and cinematography. The Disney 3D Movie starring Varun Dhawan and Shraddha Kapoor captivated and mesmerized the audience with the mystic dance pieces and diverse dancers from across the world. Though the movie, in an attempt to show too many things, didn’t focus on any one thing at all. Nonetheless, the film has already made INR 99.68 crores in its third week and will probably be the second movie to cross the 100 crores landmark. Akshay Kumar’s second film to make it to the list, Gabbar is back, is a story of a teacher who lost his wife in an unfortunate building crash due to the fault in the making of it. Gabbar, the Good-Bad guy is out to fix the corrupt system and has taken the law in his hands. His journey throughout the film enthralls the viewers and it can be considered as one of those patriotic movies which motivate the viewers to always strive to work for the betterment of their country. Made in 72 crores, ‘Gabbar Is Back’ earned 87.52. Shoojit Sircar’s family drama won audience’s hearts and made a whopping revenue of INR 80 crores with their expense being INR 30 crores. The film carpeted Bollywood’s lovely, Deepika Padukone, and Amitabh Bachchan. The duo was seen before in a political drama film, Aarakshan. Akshay Kumar’s action-thriller directed by Neeraj Panday, instead of being released alongside Dolly ki Doli, did amazingly well at the ticket booth earning a total of INR 60 crores. Varun Dhawan’s dark intense revenge drama, despite being a small budget film, was loved by the audience for being a complete action package.  The film grossed 50 crores at the domestic box office. The film introduces a rather new topic which is considered a taboo in the society; a fat girl hitched up with a skinny boy. The movie takes the viewers to a rather funny journey of the newly-wed couple and ends with a simple message, Love comes in all sizes. The film, which was made at a budget 15.09 crores, collected 30.19 crores at the BO. Which one of the above mentioned Top-7 film is your favorite? Let us know!