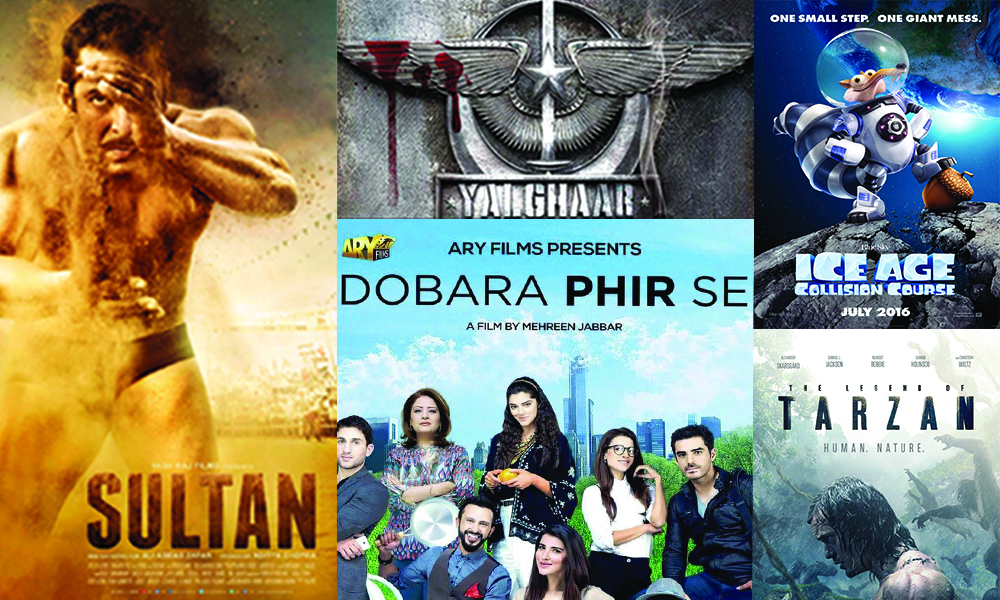 Eid holidays are always considered to be the most celebrated time of the year for a film release in the Indo-Pak region. Blockbuster films of the year are expected to come out on or around Eid amid house full expectations. Things are no different this year although the much anticipated box office face-off between SRK’s “Raees” and Salman’s “Sultan” is no longer happening! There is still much more to look forward to.

Check out the list of movies to release on Eid-ul-Fitr 2016 so that you can decide which ones to plan and go watch it with your friends and family for.

Animated movies can be seen dominating the cinemas this Eid!

First thing first, Bhai ki movie bolay to biggest release of Eid 2016 is undoubtedly going to be Yash Raj film’s Sultan. This action film is about a wrestler, Sultan Ali Khan’s life and struggles that he faces in his personal and professional life.

The movie is already the talk of the town and definitely a must watch this Eid.

Much anticipated Lollywood movie, Yalghaar revolves around the lives of people involved in a military operation. Although it’s been slotted as an Eid release(still by cinemas) as per media sources, the film is yet to be finished and is most definitely going to be delayed.

The movie looks intense, something that you expect from Mehreen Jabbar. I recommend not to underestimate this one and definitely go watch it.

Scrat’s acorn adventures outside the world results in accidental series of cosmic events that transforms and threaten the planet. Manny, Sid, Diego, and the rest of the herd leaves their home to become saviors.

Ice age has become a phenomenon over the years. This truly is going to be an adventurous ride.

5. The legend of Tarzan

Tarzan, The king of the jungle has been called back to his former home to investigate mining encampment.

Although the movie is releasing a week before Eid but I am looking forward to see Tarzan back in action with apes.

It’s going to be a Bollywood, Lollywood and Hollywood mega release encounter with two adorable animated movies to look forward to this Eid-ul-Fitr.

So which one are you most excited for? Let us know in the comments below: