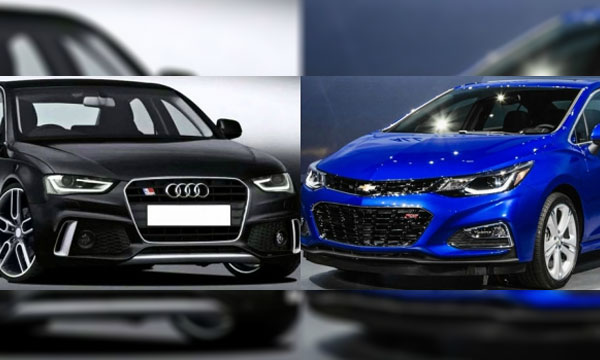 Everyone wants to own the best car in town, which is not only luxurious but also rich in price as well. In Pakistan particularly, car fanatics are head over heels for cars, drivers spend large sums of money in investing in the local and international automotive industry.

Although cars like Suzuki Mehran, Suzuki Alto, Honda Civic, Toyota Corolla, are common models, many of the bigger and expensive models need to be imported. Here are the 5 most expensive yet luxurious cars in Pakistan.

*Cars are not in order of price

The Land Rover is one of the most expensive rides in Pakistan, the giant is adored throughout the nation and its looks are praised. It has a calm shell hood, a thin rim, command driving position, side gills, leather wrapped center, aluminium turrets, and much more.

Audi A4 has been launched in Pakistan and is one of the most stunning beauties you will lay eyes on the road. The beauty sports a 1996cc engine with automatic transmission. It also has automatic start-up function improve fuel efficiency. The gorgeous car gives 14km/h , and is equipped with manual height adjustments, cosines cloth seats, split folding rear seats, with Deluxe 3 climate control, digital display, and comes with energy saving tips too. The A4 Saloon 2016 has a sleek design with an elegant look and is available in Black, White, and Blue. Thr price of the A4 Saloon is PKR 5,400,000, (imported) according to Driver.pk.

The 2016 Chevrolet Cruze is a 5-door compact hatchback car which sports a 1.4L turbo engine and offers a 6-speed automatic transmission. The ride supports new technology and provides impressive fuel efficiency given that it’s a sporty ride. Toyota’s 2016 Premio has been launched in Pakistan, the luxurious mid-size sedan is a Japanese import and is one of the fuel efficient cars on the streets. It is a front engine front/four-wheel drive with a beautiful sleek design with leather seats and light steering for better control. The hybrid sports a 2.0L 4-cylinder engine that enables it to produce 140 BHP, with the AC Synchronous Permanent Magnet electric motor, it produces 196 BHP with 165 Nm torque and its 2000cc. According to PakWheels the car is priced over 10million PKR.