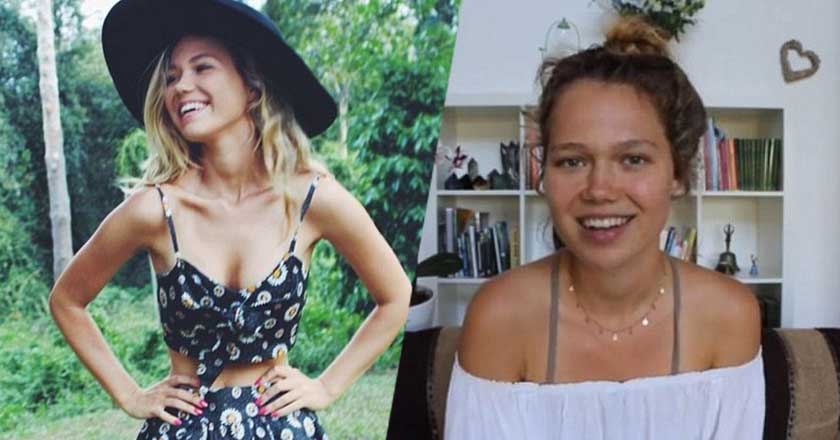 Australian Instagram model, Essena O’Neill has been taking down photos of supposed candid shots of her looking ‘effortlessly’ beautiful, and re-uploading and re-captioning them to reveal the truth behind the scenes. Her actions are in conjunction with her efforts to step away from a culture that thrives on likes and comments for self-validation, and to discourage the idea that social media celebrities like her are anything to aspire to.

Her YouTube account boasted a total of 260,00 subscribers, with 60,000 followers on Snapchat and 580,000 on Instagram. Essena made a significant amount of money posing in clothes and similar beauty products in staged ‘candid’ shots, perpetuating an image of what other girls should aspire to be like and live like.

After a breakdown triggered no doubt by the immense pressure to be the image of perfection, Essena abandoned her YouTube and Snapchat and took down over 2000 photos from Instagram. This, along with her re-captioned photos, are all in a bid to display the reality of modeling on social media, and the obsessive need for likes and follows that goes along with it.

Her Instagram posts detail the amount of effort that went into making each picture look perfect, the amount she was paid for posting it, and her feelings at the time it was taken.

Essena has started up a new website since her new outlook on social media, called “Let’s Be Game Changers”. The website is at the moment consistent of information about the site, personal posts, a forum for discussion on the subject, and a series of anti-modeling vlogs she has posted to give more insight into the workings of her mind.

About her decision to step away from this career, the model has written a thought-provoking passage on her website: “I was miserable. Stuck. Uninspired. Angry. I didn’t enjoy the act of creating art, writing or any forms of self-expression like I once did as a child. When no one judged it, I created without limitation or filters. When it was for no one else but myself, I fell in love with it. And it loved me right back. It made me feel alive. It was like capturing and expressing real life, real feeling, real beauty — it gave me this joy that I still can’t explain. You know that feeling of inspiration, passion and purpose you get when you do something you just love? That’s why I do what I do. I don’t want approval anymore, it traps me into thinking I need more and more and more. I don’t want to be liked or judged either. I want a place where I can give with no expectations or outcome. I don’t want followers anymore. I want a world of individual beings.”

Essena continues to work for her mental and emotional well-being while simultaneously encouraging young kids heavily invested in social media to do the same. Her movement towards a platform that is based on respect and real value and not views or likes is an admirable one, but that movement may just come from within rather than from any online social platform.

Her shocking revelations has received mixed responses from people around the world. While some of her former colleagues have come up with their own confessions others have blamed her for being fake. Whatever the reactions, Essena’s pictures have proven that  despite all the good things that social media has to offer, it does mislead viewers into believing a world far away from the reality.

Man In Burqa, Without Pants Caught Harassing Women In Karachi