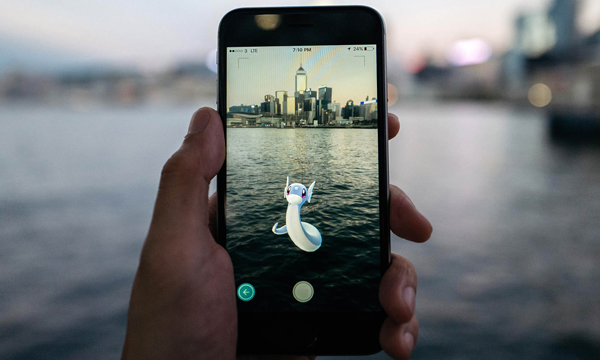 If you have seen people roaming the streets, holding their cell phone, looking like they are frustrated, trying to capture weird pictures, that is because the ‘Pokemon Go’ craze is still ongoing. Created by Niantic Labs and The Pokemon Company, the game is one of the most popular games in the world.

However, the obsession for the game is driving everyone crazy- it has become an addiction; falling into sewage, or ramming into an object has become common for everyone who plays the game. After playing Pokemon Go, we found some pretty interesting tricks and tips that became very useful for us in the game.

Try your luck with them and let us know the results in the comments below:

Catching Pokemon with AR on is part of the fun! An addition to it is when you find them in the weirdest and funniest places, like on someone’s nose.

However, capturing Pokemon in AR Mode, it allows you to concentrate on the creature instead of being distracted by the background.

Also, people do not like to be captured on camera, from a stranger’s camera that is. Often, people can misunderstand that the camera is open for the Pokemon. To avoid this social tension, you can simply turn off AR Mode.

2. Summon Nearby Pokemon in a Jiffy

While walking around, keep a close eye on the tab which shows you the silhouettes of Pokemon creatures that are nearby. The new update for Pokemon Go has removed the footprints that once showed how near or far the Pokemon is. The new update shows a hint as to where the Pokemon may be. For example, if you are trying to find a Pokemon, and there is a Paras silhouette with a grass behind it,t hat means that the Pokemon is somewhere in a field or in a grassy area nearby.

For those who have tried to hatch an egg in an incubator, there is a trick behind the entire process of hatching. There is a small cheat guide you can use to get a broad idea about which Pokemon you may hatch. When you find the Pokemon you want, and you are ready to capture it, before you take random shots at it, do simple tricks that will help you gain extra XP. Simply tap on the Pokeball, hold on to it, and move it clockwise or counter-clockwise without letting go. Once the ball starts to sparkle, throw the ball in a curved manner towards the Pokemon.

Pokemon Go: How to Ace at the Game

Lucky eggs are actually very lucky; these eggs can only be purchased by coins at the Shop. The egg gives the player double experience points for 30 minutes. One of the best things to do with the egg is to evolve Pokemon that is about to evolve so that you can save candies and stardust while making the most of the XP.

There is no point in accumulating a heap of the same Pokémon. You will need to level up or develop your Pokémon quicker; you need to exchange any copies you have back to Professor Willow. He will give you candies when you do, which are truly essential for advancing your Pokémon and catching yourself some capable associates.

7. How to Transfer Pokemon to Professor Willow

Transferring Pokemon to Professor Willow is not difficult, simply open the ‘Menu’, tap a Pokemon, open its Bio, go all the way down, and tap ‘Transfer’. You get 1 candy per Pokemon you transfer to the professor. However, be sure about your decision because once the Pokemon is transferred, you cannot get it back once again.

9 Famous Celebrities Who are Obsessed With Pokemon Go

8. Track Pokemon with your Compass

The tab in the bottom right corner is not the only tool you have to track a Pokemon in the game. You can also use the compass given in the top right corner to help you. After you know which Pokemon you want to chase, you can turn the compass on. 9. Apply Incense and Move About

Incense attracts Pokemon towards the player. The player needs o move around so that Pokemon from far away can come closer. A pink fluff of fragrance surrounds the trainer for 30 minutes. If you stick to one position, you will find one Pokemon every 5-7 minutes. Whereas moving around will help you find a Pokemon around every 200meters.

Finding Pikachu is not an easy task, he is one of the tough creatures that will give you a tough fight. However, there is a simple way to catch him, but this trick will only work if you have not started playing Pokemon yet, or you wish to make another account and start all over again. When you are asked to choose your first Pokemon, you will be given three options, Charmander, Bulbasaur, and Squirtle. Do not choose any of them, in fact, just walk away. They will pop up every now and then, but eventually so will Pikachu.