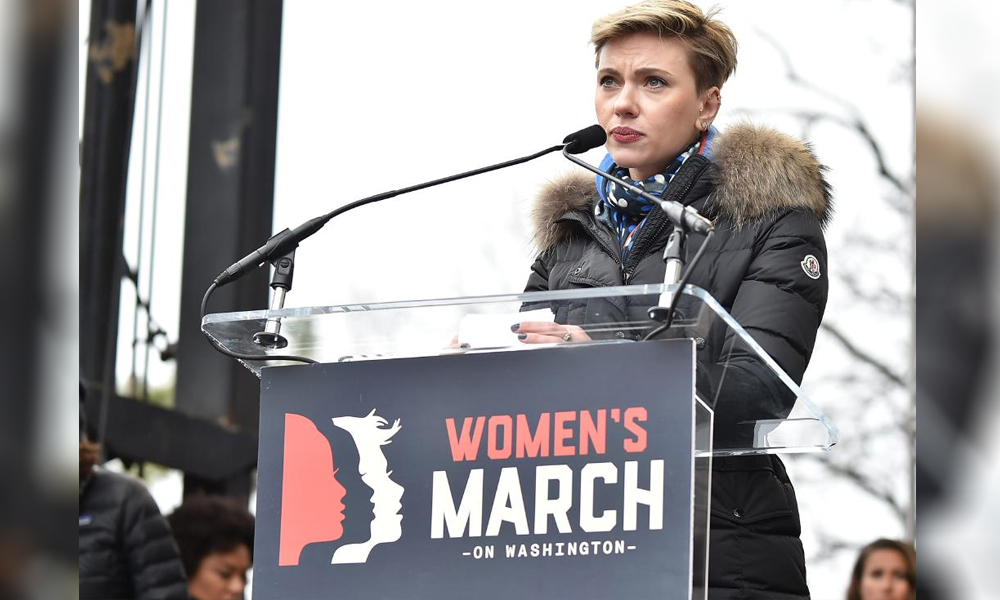 Just after Donald Trump’s inauguration, the Women’s March on Washington took place. Thousands of women and children across the globe protested against Donald Trump winning the election. What once started off as a small rally became a national cry for help to support immigrants, women and their rights and the LGBTQ community.

The event attracted various Hollywood celebrities who supported the march.

Here’s a list of Celebrities that attended the Women’s March!

Yesterday's Rally. was an amazing and beautiful experience. I came and performed Express Yourself and thats exactly what i did. However I want to clarify some very important things. I am not a violent person, I do not promote violence and it's important people hear and understand my speech in it's entirety rather than one phrase taken wildly out of context. My speech began with " I want to start a revolution of love." ♥️ I then go on to take this opportunity to encourage women and all marginalized people to not fall into despair but rather to come together and use it as a starting point for unity and to create positive change in the world. I spoke in metaphor and I shared two ways of looking at things — one was to be hopeful, and one was to feel anger and outrage, which I have personally felt. However, I know that acting out of anger doesn’t solve anything. And the only way to change things for the better is to do it with love. It was truly an honor to be part of an audience chanting “we choose love”. 🙏🏻🇺🇸♥️🙏🏻🇺🇸♥️🙏🏻🇺🇸♥️🙏🏻🇺🇸♥️🙏🏻🇺🇸 #revoltutionoflove♥️#revolutionoflove♥️*******************************************************

.@JohnKerry former US Sec of State out walking his dog, joins the #WomensMarch in #DC @rtenews pic.twitter.com/uQRq7dUH3n

I marched for my daughters, for my friends, for strangers, for myself, for Phoebe here in this picture who I met as she motivated everyone she came across. My march wasn't driven by hate. It was rooted in a very simple fact– we are all equal. I believe everyone can agree on that. Thank you to everyone who marched all over the world. I felt so hopeful and deeply grateful. #whyimarch

No matter where you were today… We sent a powerful message! I'm proud of everyone all over the world who gathered with such dignity and strength to send the message that we won't stop until we are heard! #WomensMarch #WhyIMarch #WomensRightsAreHumanRights #WeAreHere

"I ask you to support all women in our fight for equality in all things.” – Scarlett Johansson #womensmarch #womensrightsarehumanrights pic.twitter.com/YdPNs0aGw2

Is iflix the New King of Online Streaming in Pakistan?