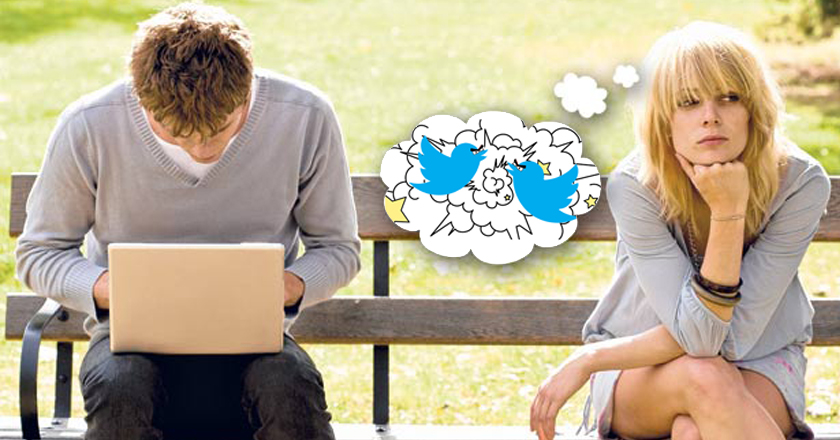 A recent study has highlighted a direct link between Twitter and Facebook usage and the number of break ups/fights in a relationship.

Mr Clayton, a doctoral student at the University of Missouri School of Journalism conducted a survey with more than 500 active Twitter users from all age group.

In his  new study, called ‘The Third Wheel’, Mr. Clayton says, ‘Although a number of variables can contribute to relationship infidelity and separation, social networking site usage, such as Twitter and Facebook use, can be damaging to relationships,’

Clayton previously conducted a similar research to find out the effect that Facebook has on a relationship.  Like before, his research for Twitter confirmed that the micro-blogging platform causes jealousy, insecurity and lack of privacy among couples.

‘Facebook-induced jealousy, partner surveillance, posting ambiguous information, compulsive Internet use, and online portrayal of intimate relationships can be damaging to romantic relationships,’ he wrote in the study, released Sunday.

‘Since Twitter now allows users to interact in a similar way as Facebook (i.e., write posts and upload images, videos, and location check-ins), the researcher theorizes that the effects of Twitter use on interpersonal relationships are comparable to those associated with Facebook.’

For his research on Facebook, Mr. Clayton highlighted that staying ‘friends’ on  social network, delays the getting-over phase as people are  compelled to  go back and look through their ex’s social activity, photos, location and similar stuff.

‘I found it interesting that active Twitter users experienced Twitter-related conflict and negative relationship outcomes regardless of length of romantic relationship,’ Clayton said.