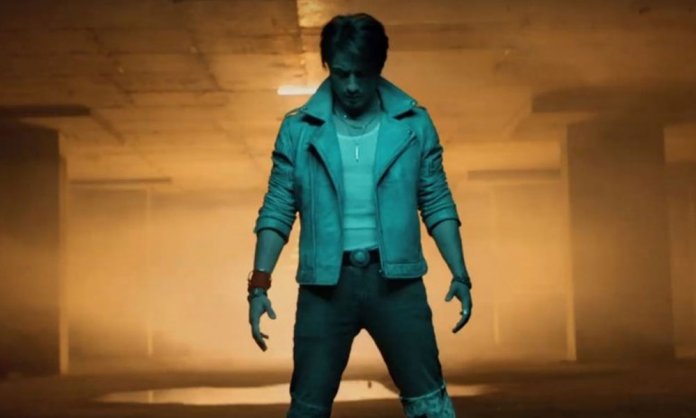 Lightingale Productions, spearheaded by superstar Ali Zafar, is proud to announce the first ever collaboration with one of the world’s biggest and most well-respected film studios who has brought us some of the most iconic films of our time.

YASH RAJ FILMS (YRF) has teamed up with Lightingale Productions for exclusive international theatrical distribution of TEEFA IN TROUBLE.

Speaking about this milestone, Ali Zafar has said;

“I have always believed that with faith, the right intentions, goodwill and hard work, you can achieve all of your dreams. Today I feel deeply humbled to have a huge dream fulfilled. To take our cinema global in the best possible manner and to do it with a company that is not just a company but an idea… that love transcends all. My relationship with YRF goes back to 2010 when I signed up for “Mere Brother Ki Dulhan”, followed by “Kill Dil”. I have some of my best memories and experiences on those films. I still remember the time when the late Yashji asked me at lunch one day: “Oye to Lahore to ain, yeh kheer zuroor try kareen”. “You are from Lahore, you must try this “kheer (rice pudding)”! I thought to myself that the man who has induced such sweetness in our lives through his stories is making sure that I leave with an even sweater taste in my mouth. It was surreal. But what is dreamlike is that the company he formed with so much love is now going to be spreading the same passion that we have tried to create in our first film to the entire world, making sure the film is seen globally. Thank you Yashji and Aditya Chopra, for your faith and guidance. More than an inspiration, you are an institution that nurtures talent like no one. I would deeply like to honour and thank Mr. Avtar Panesar for taking that belief and trust forward by choosing us as YRF’s first of sorts to officially distribute the film in international markets. I can’t wait for the world to watch TEEFA IN TROUBLE!”

Mr. Avtar Panesar, Vice President – International Operations YRF on this occasion said; “YRF shares a strong and seasoned relationship with Ali Zafar having produced 2 movies and a music album with him; we’d like to think of YRF being his home in India. It was a natural progression, taking that relationship to the next level with Ali as Producer with TEEFA IN TROUBLE. We have never distributed any film from Pakistani or from any other part of the world earlier; And are extremely selective with the films we handle for our friends in India, we are very excited to see what Ahsan Rahim the director and Ali Zafar as producer and actor have done with TEEFA IN TROUBLE. It really was a no-brainer for us. This certainly puts Ali in the great company of star producers! We’re looking forward to making this the first of many.”

Founded in 1970 by the great, Late Yash Chopra, YASH RAJ FILMS or YRF is regarded as one of India’s oldest and most respected story-tellers with India’s most enviable film catalogue in the entertainment business. YRF’s top grossers have already placed the company in the big league of producers worldwide, making it one of the largest film-making entities in the nation. Indeed, TEEFA IN TROUBLE joins the league of YASH RAJ FILMS’s distribution portfolio of some of the region’s biggest blockbusters including Race 3, Tiger Zinda Hai, Dhoom 3, Tiger Zinda Hai, Jab Harry Met Sejal, Sultan and Ali Zafar’s Kill Dil to name a few. The trailer for TEEFA IN TROUBLE to be released soon will be will be screened across 1200 plus screens in the international market.

The summer blockbuster TEEFA IN TROUBLE stars the leading multi-talented superstar Ali Zafar and introduces Maya Ali to the silver screen. Directed by Ahsan Rahim, the movie is set to release on 20th July 2018 across Pakistan and internationally. 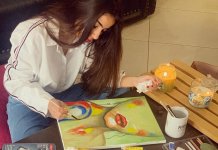