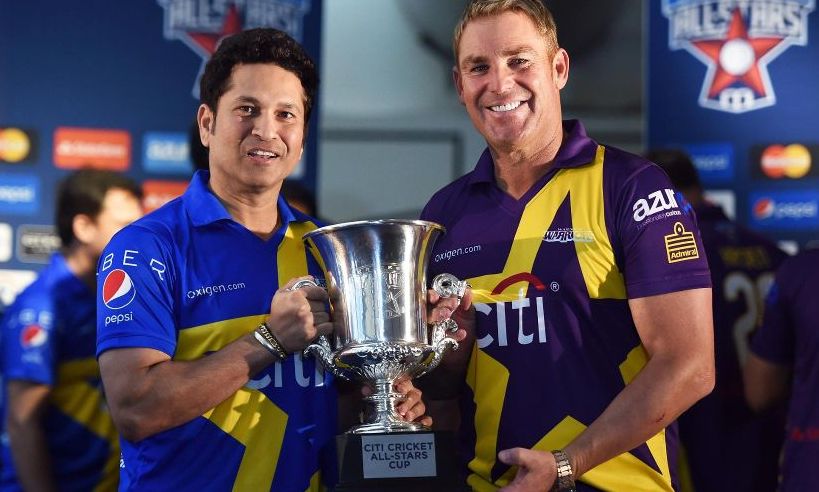 Cricket All Stars have kick started with cricket fans ecstatic to witness their favorite sports superstars like never before.

The first of its kind of sports tournament to commence in the United States of America, Cricket All Stars will feature 30 best cricketers hailing from top eight test playing nations in the world. They will be divided into two teams Warne’s Warriors led by the former Aussie spinner Shane Warne, and Sachin’s Blasters led by the champ of India Sachin Tendulkar.

Already, in the first match Warne’s Warriors has crushed down Sachin’s Blasters.

For those who want to catch live streaming of the match, straight from the U.S.A, check out this tweet by Shane Warne.

#cricketallstars will be seen on @SkyCricket in England. @StarSportsIndia & Ch 9/Gem in Australia. More announcements to come re TV & online

The England viewers can tune into Sky Sports Cricket to watch live matches of Cricket All Stars.

Those in India Pakistan, can tune into Star Sports.

The legends are back on the field with #CricketAllStars. Don’t miss the 1st T20 tonight on the Star Sports network! pic.twitter.com/49Mi0d0rzS