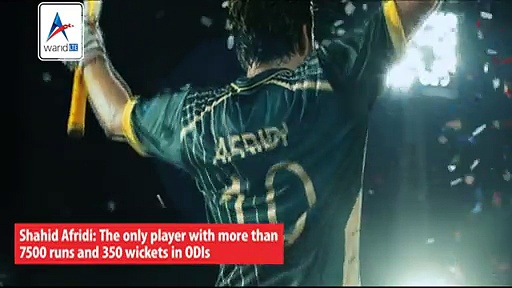 Warid telecom launched a TV commercial featuring Shahid Afridi, promoting LTE technology. Warid telecom has now shifted from 2G to LTE network. LTE is an abbreviation for Long-Term Evolution, commonly marketed as 4G LTE, is a standard for wireless communication of high-speed data for mobile phones and data terminals. The commercial has highlighted Shahid Afridi’s cricket records so far he has made; The only player with more than 7500 runs and 350 wickets in ODI. The commercial also gives away this great message ‘Never Settle For Less’.