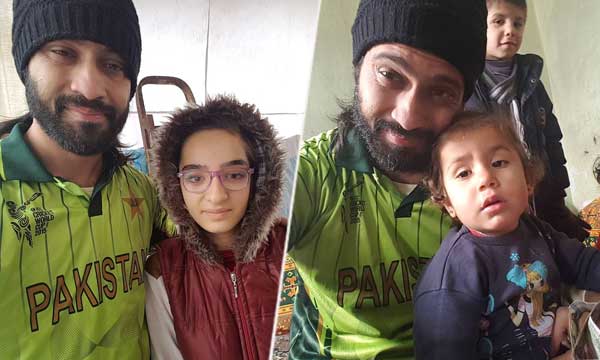 Pakistan’s king of all-things-controversial, Waqar Zaka never fails to stay out of the limelight. His crazy stunts, shocking statements, and bizarre videos are always welcomed with truckloads of criticism and disapproval. However this time around, social media is all praises for “Living on the Edge” celebrity for spending his New Year eve by helping out people of Aleppo, Syria.

Apparently, Zaka left for Syria on 29th of December with a huge amount of donation from Pakistan

He first took a flight to Turkey & then continued his journey to Syria by road.

Flying to Turkey then by road Syria journey , special thanks to Turkish airways for upgrading my flight , let's hope I reach on time to get connect with my agent. #WaqarInSyria #NewYears2017 celebration with Syrian kids , to donate www.waqarzaka.net

Even bad weather and delays did not stop him from giving up on his mission!

When the world was gearing up to party on New Year’s Eve, Zaka was just hours away from reaching his destination.

Not so far baby, Aleppo , Syria here I come 🙂

Upon reaching there, the Pakistani star unveiled the untold stories of many people suffering in Aleppo.

Zaka made sure the heart-wenching tale of every Syrian survivor is narrated to the whole world.

Seemingly, he reached out to as many people as he could and contributed to their cause!

Kid were all smiles when he showered them with gifts & donations!

He revealed that he planned his tour on his own expense with no financial support from any NGO!

Exposing Syria VS USA / ISIS , no support, no NGO , no TV channel, Waqar Zaka went to Syria on his own expense,… https://t.co/h11j9ZIAfs

What is more, the television star himself had the time of his life helping out the Syrian.

This was my best New Year's eve. Syrian kids are full of energy , first video is here… https://t.co/6bOzHLNIZM

For those who want to see his complete voyage can check out his travelogue on YouTube.

Hats off to Waqar Zaka!