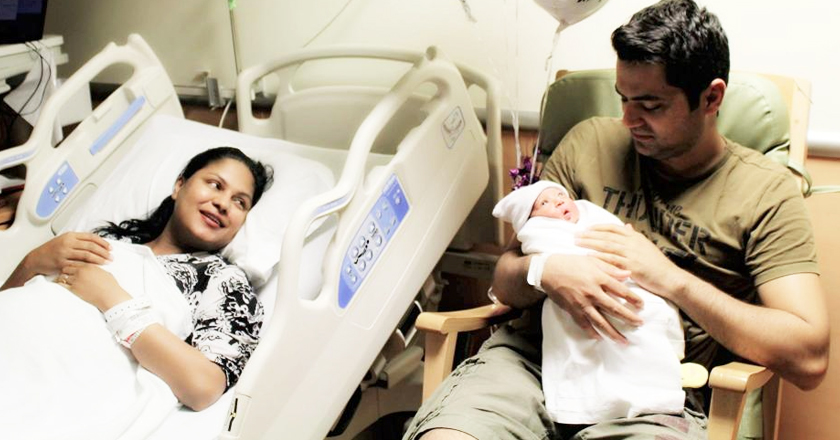 Controversy Queen, Veena Malik and her husband Asad Khan Khattak’s healthy baby boy, Abram Khan is already a celeb now! Everybody knows that the kid is now on Twitter and has almost over 27,000, and the list is definitely rapidly growing.

The proud parents of the adorable kid has set up a Twitter account for the newly born right after his birth and since they have been flooding social media with his every tiny detail. The account goes by the name of @iAbramKhan and reads like a timeline, recording priceless moments of his life so far.

Awww my handsome dad @Asadbashirr loving me so much… i m so happy…@iAbramKhan loves you too… !!! pic.twitter.com/ILYNNOYC8s

My first day out with Baba @Asadbashirr… My Baba is so handsome like me 😀pic.twitter.com/FfbRZNrAKC

Guess what my baba @Asadbashirr whispering while i hold his finger… He said to me that we will go Umrah IA soon..!! pic.twitter.com/vkKEWWHyD8

Me with my so loving Mama @iVeenaKhan …Allah Pak bless her and my Baba@Asadbashirr for giving me so much love..!! pic.twitter.com/LBI10PtpJQ

My Hospital identity Card, when I was born, they pasted on the side of my bed and my Baba @Asadbashirr captured it..! pic.twitter.com/71gVXTndKE