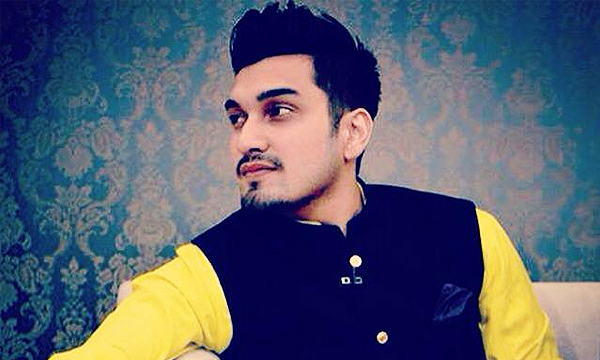 Singer-turned-actor Uzair Jaswal has been approached by Bollywood for more musical projects! Back when little Uzair J broke through the Pakistani music scenario and landed himself a track on Bollywood movie ‘Ek Paheli Leela’, we were mighty impressed. And now he’s at it again.

As reported by Daily Times, Uzair is all set to release his latest independent single and its video in India, which has yet to come out.

“I’m happy to announce the release of my next single with a video to come out in India soon. It’s independent of being associated with any film, and will be aired as soon as it completes filming.” Uzair said.

Read More: See Which Singers Will Be On Coke Studio Season 8!

The 24-year old’s claim to fame was none other than Coke Studio, where he sang “Tere bin” and “Nindiya ke paar”. He also debuted his acting skills in his brother’s cinematic venture ‘Jalaibee’.

Some of his most popular songs are “Tere bin”, “Jaanvey”, “Bolay” and “Yaheen”. Uzair has worked in three films as well, namely ‘Gol Chakkar’, ‘Slackistan’ and ‘Jalaibee’.