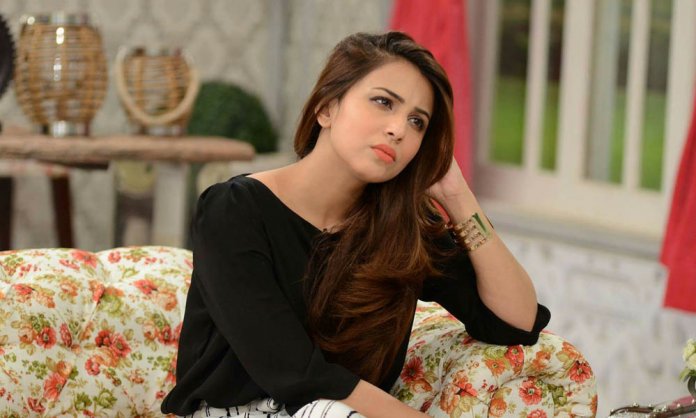 We all know how underprivileged Pakistani food delivery guys are.

They are underpaid, have no insurance to fall back on, and more often than not are mistreated both by their employers and customers.

Add a customer’s pitbull and sexist “mard banein” type sexist remarks to the mix and there you go!

Last night, popular Pakistani actress took to Twitter to ‘rant’ about her strenuous ordeal with a pizza delivery guy as he struggled between his fear of dogs and his duty of handing food to the customer.

Take a look at her tweets to see why Pakistanis think her story reeks of privilege and ignorance:

Now take a look at why people are upset about her behavior and stance:

Many are arguing that his duty was to deliver the pizza, not enter the house, especially when there was a “barking, growling pitbull” with the owner. 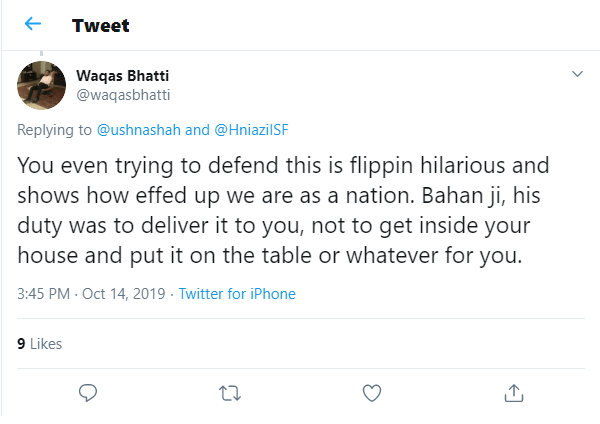 Others are arguing that, if you reverse the genders, would the rider still be held up to the same standards of ‘bravery’? 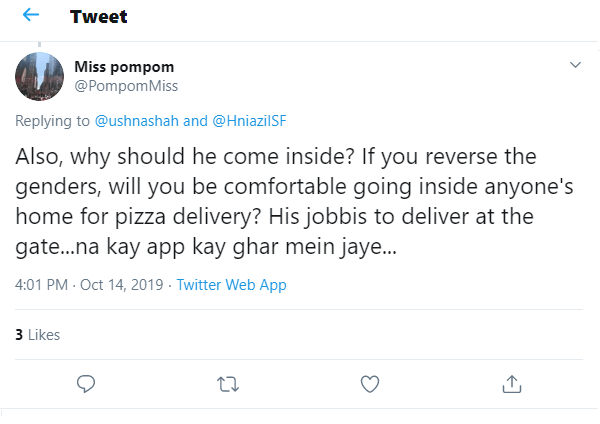 And many are also pointing out the fact that: 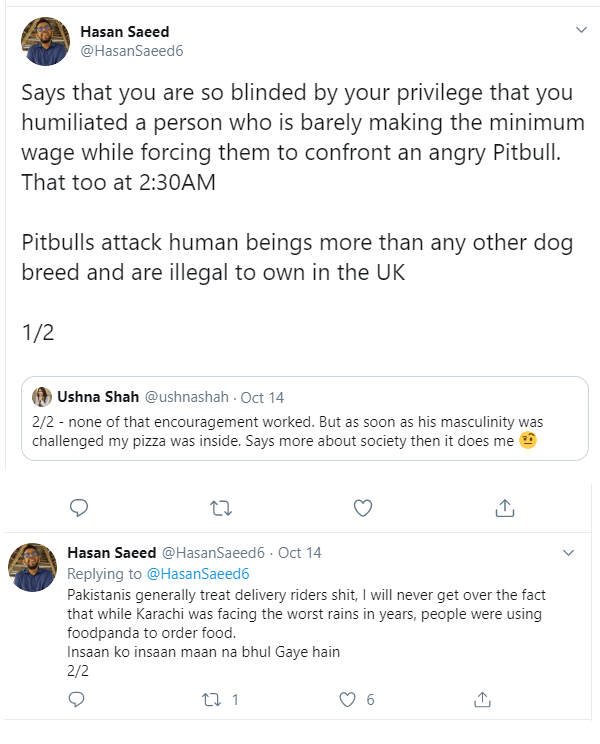 Do you think Ushna Shah’s statements and stance are justified or do you also find them problematic and full of privilege?