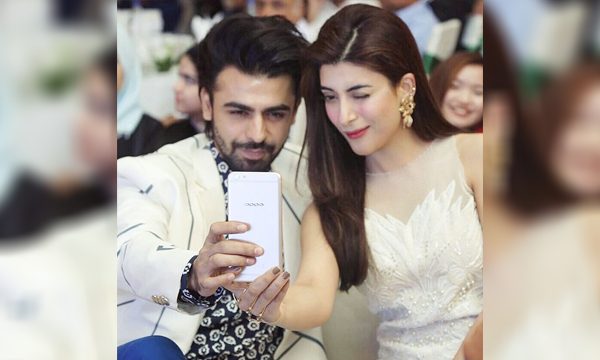 While the whole of Pakistan’s entertainment fraternity was present at Lahore to attend Hum Style Awards 2017, Urwa Hocane and Farhan Saeed were absent from the ceremony. Wondering why? We are too. For those who don’t know, they won the best couple award at the gala, but did not receive it!

So Mawra Hocane received it on their behalf! We did some social media stalking to know where was the duo lost! So seemingly, Urwa was in Cape Town and was shooting for  Na Maloom Afraad 2! Farhan Saeed had a concert scheduled at Bahria University.

But these pictures tell us Urwa was going somewhere! Was she going to Lahore? Apparently NOT! Apparently, she missed the ceremony and flew straight to Karachi to meet Farhan! And Farhan was waiting to receive her like the perfect gentleman he is! Yeap, they are surely crazy in love! Just see how Urwa is beaming after being reunited with Farhan! We can’t get over their lovely chemistry and PDA.  All Pakistani men need to take a cue from Farhan and learn how to make their lady feel special.