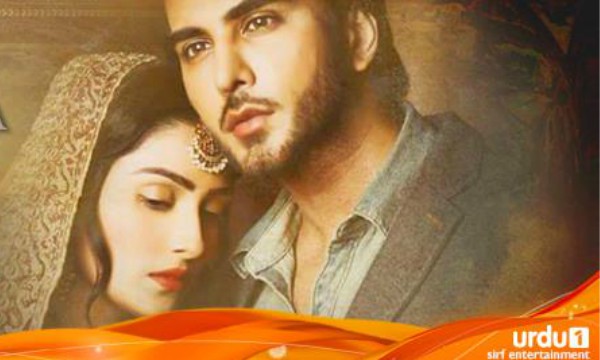 Urdu1’s most awaited drama starring Imran Abbas and Ayeza Khan, Tum Kon Piya is scheduled to air from 23rd March 2016 at 8:00 pm. With Tum Kon Piya, Ayeza Khan is making a comeback to the silver screen after two years and it is the first project for Imran Abbas after a year’s break.

This serial, based on a famous novel by Maha Malik, is a story of a girl Ilma (played by Ayeza Khan) who sacrificed her love for her father’s honor and dignity. She lives her life according to her father’s wishes and tries to become a good wife but unfortunately, she did not get any acknowledgement.

Tum Kon Piya is directed by Yasir Nawaz (of Wrong No fame) and produced by 7th Sky Entertainment. The OST of the serial is sung in the soulful voice of Rahat Fateh Ali Khan.