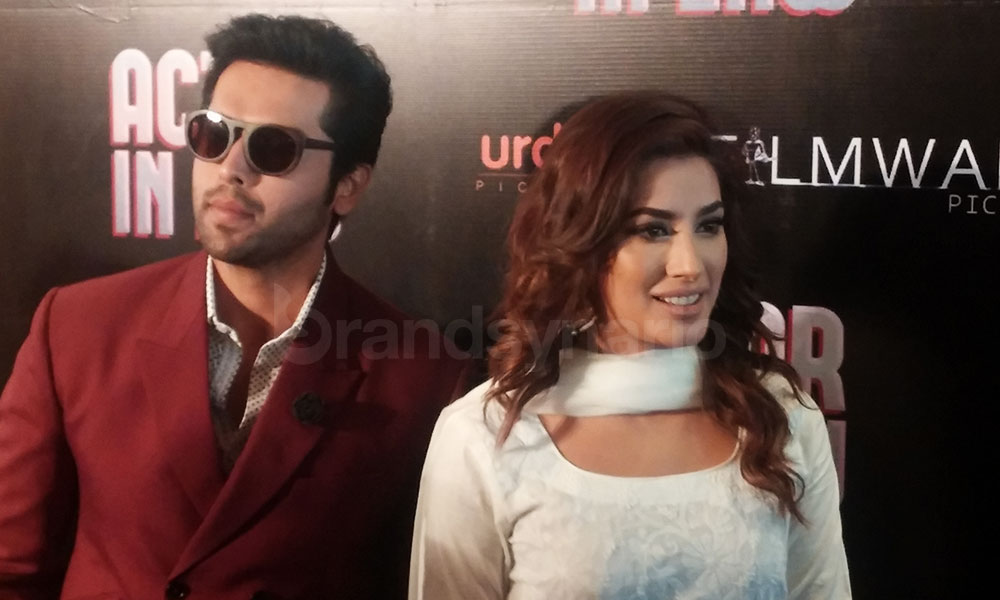 Urdu1 Pictures and FilmWala Pictures have collaborated for Pakistani movie Actor in Law, which will be their debut project. The movie has been produced by Fizza Ali and directed by Nabeel Qureshi of Na Maloom Afraad fame. The new movie will feature the Bollywood veteran actor ‘Om Puri’ alongside Mehwish Hayat, Fahad Mustafa and Alyy Khan. Pakistan’s cinema scene is growing by the day!

Actor in Law revolves around the similarities between actors & lawyers and presents social issues in a comic manner. The shooting has already begun, it appears that Om Puri’s scenes have already been shot, as he was all packed to leave Karachi.

A press conference was held at the Pearl Continental hotel on Saturday 9th January, 2016 with the lead cast in attendance. At the press conference, Fahad Mustafa credited the revival of Pakistani cinema to Fizza Ali & Nabeel Qureshi and said that his role in the movie is different from any other he has played before. “This is a defining role for my career”, said Mustafa.

Om Puri said, “I was blown away by the script. It convinced me to come onboard”. Fizza Ali initially contacted the Bollywood veteran for the role. After reading the script, Om Puri himself contacted Fizza to participate in the project.

Mehwish Hayat’s role is also kept quiet. It is not yet revealed whether or not there will an item number by the Billi of Pakistani cinema.

The music for Actor in Law will be done by the same group as Na Maloom Afraad. 3 to 4 songs have already been finalized.

One of the locations for the movie was ‘St. Joseph School’ in Karachi. The movie is set to release on Bakra Eid 2016.

Here are some highlights from the event: