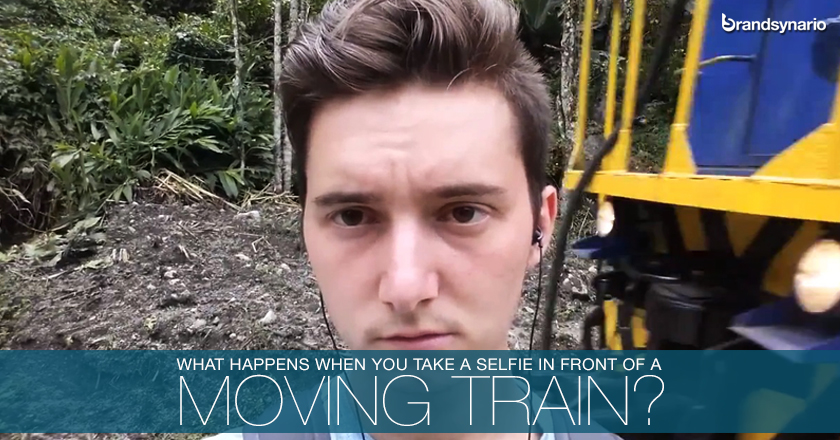 ‘Selfies’ has spread like wild fire in the social media forest in the last couple of years. The reasons are countless – popularity of smartphones in teenagers, invention of duck faces, bathroom mirrors, a whole lot of free time, self-obsession and much more.

Ever since then there has been a silent race to come up with a different kind of ‘selfie’ once in a while. But what happens when an idiot decides to take a daring Selfie in front of a moving train? Well, this:

Yes, it’s probably an engineer in the train who gave a rather ‘footing’ end to what would have been a pretty lame Selfie.

Isn’t that dramatically funny? Let’s have a frame by frame look as the engineer’s foot emerges, kicks him right in his Selfie-craving-face.

Jared Michael, the co-star in this video starring with the engineer’s shoe who plays the lead role, uploaded the video himself on YouTube. Jared writes, ‘I tried taking a Selfie while a train passed a ‘safe’ distance behind. I guess I was still too close and got kicked in the head. I messed up.’

How eloquent. They say words become worthy when spoken with an aching soul however, it is hard to imagine anything eloquent coming out of a bruised face.