Home Lifestyle This Pakistani Couple Is Setting Marriage Goals For Everyone Out There!
Advertisement 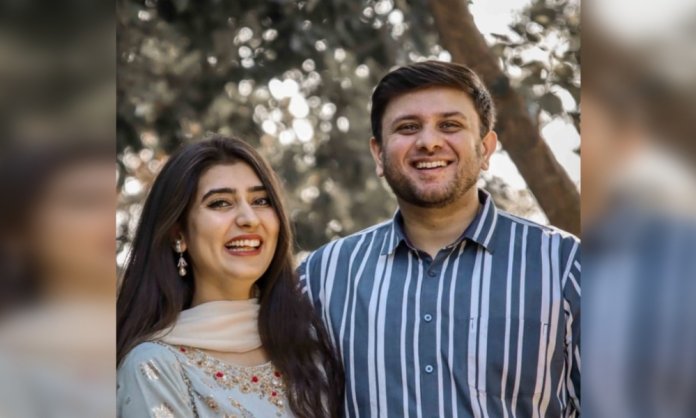 We’ve never loved someone going against the crowd this much. Meet this Pakistani couple who broke away from the norms of wedding functions in our society!

No Opulence, No Luxuries

Talha Bhatti and his wife did their wedding in the simplest of ways, and they were beyond happy with it. No mehndi, no mayoun or dholkis, and no Barat! Only the Sunnah of Nikkah and Walima was followed. The guest list was 10-15 people— isn’t that goals?

For their Walima, they got a few daigs made, and the newly married couple distributed the food amongst the less-privileged people in their town. And that’s how they were married!

Why Would They Do This?

The newly married couple and their parents all had the same mindset. The groom, Talha Bhatti, wanted to get married using his own money. He didn’t want to take any money from his parents in their old age.

The groom imparts, however, that if big fat weddings make you happy, then do it by all means. This simplicity is what made him happy. But are we doing big weddings out of just happiness?

The fear of judgment and gossip controls us in many ways in our society. One of the most straightforward ways in which it controls us is when it comes to weddings. Doing a simple wedding is considered to be a sign of ‘poverty’ which many wany want to avoid.

The pressure of doing a big fat wedding has also put many in debt as they have to borrow money to wed their children off in the most luxurious way. If families don’t call every single person they have spoken to once at the wedding, a fight can happen too in families!

All That Glitters Is Not Gold

When we see the most elaborate weddings on Instagram or Facebook nowadays, which we are a lot of, don’t get fooled. So what if you can bring the Singapore Gardens to Lahore and put it on the stage? People might be shocked, but only for a week. Then they will move on and applaud someone else.

In Pakistan, the majority of the population lives below the poverty line. This show of wealth in incredible weddings is nothing more than indifference (and maybe corruption, who knows!)

Marriage is a big day in anyone’s lives, and it’s also supposed to be invaluable because of the connection you’re about to forge. It should just be focused on the bride and groom and their happiness, nothing more, nothing less.