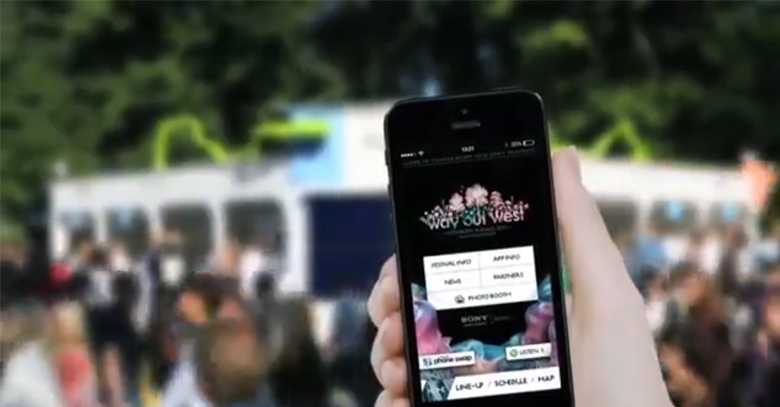 Sony Xperia Z sponsored Sweden’s biggest festival, ‘Way out West’ in which they swapped attendee’s phones with Sony Xperia Z while their phones charged.  The idea behind the sponsorship was to persuade the customer to experience the Sony’s Smartphone.

People attending this festival were mainly orthodox iPhone users.  The only way to make them switch was to create an opportunity for them to try out the Xperia Z. The video of the event has gone viral on social media and it has punch lines like, “Live Large while you swap”.

Sony established a mobile service station, where people could come and exchange their phones for Xperia Z. The users enjoyed the event while receiving first-hand experience of the Sony Smartphone.

Contacts were swapped in an instant at the service station and Sony also had a few surprises in store for the people who swapped their phones. They were ‘pinged’ about food stalls where they were given free meals and tickets to stage performance by Miguel & Kendrick Lamar were also given away.

Above all, the grand prize was announced for whoever captured the best Instagram photograph, with the hashtag #phoneswap, through their ‘swapped’ Xperia Z.

The initiative resulted in a 10% increase in preference for Sony Smartphones amongst attendees at the ‘Way out West’ festival, along with increased spontaneous recall compared to all other sponsors of the event.

With catchy features and innovative design, Sony is sure to make more products like the revolutionary Xperia Z.