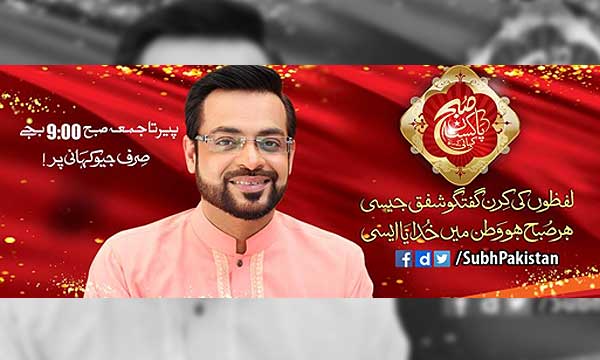 Famous Televangelist, Dr. Aamir Liaquat is making a grand comeback with Subh e Pakistan, a morning show on Geo Kahani. To promote his show,  the popular TV host and scholar  has managed to unite some of the top Pakistani singers for the OST song titled, Subh e Pakistan.

Subh-e-Pakistan will air at 9:00 AM from Monday to Friday only on GEO Kahani. The date for the screening of the show has not yet been revealed.