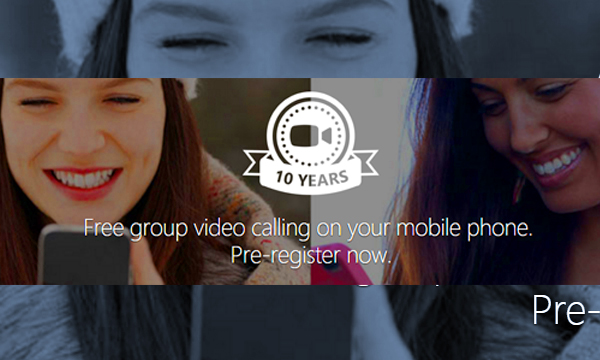 The popular video calling messenger, Skype, is celebrating its 10 year anniversary by introducing a new feature.

This video calling feature is termed as “Group Video” and it is being introduced on Android, iOs and Windows 10 operating systems. This new and improved feature is all set to improve the global standing of the video messenger’s standing across the globe. Skype also offers group video calling for desktops which has been much-liked by the users.

It has not been announced when exactly the feature will be launched however the Microsoft-owned Skype’s blog states that it will be in coming weeks.

The blog post celebrating Skype’s ten years in video calling, also states that “You can now use Skype on Skype.com, Outlook.com, Xbox, Windows 10 Mobile and collaborate on Office Web Apps. We’ve also brought you other ways to enjoy video with video messaging, real-time speech and instant message translation and group video calling – where we’ve seen a 10x growth in less than 2 years.”

Take a look at the infographic chronicling the ten-year mark reached by this messenger service:

The group video chat feature is also available for pre-registrations.