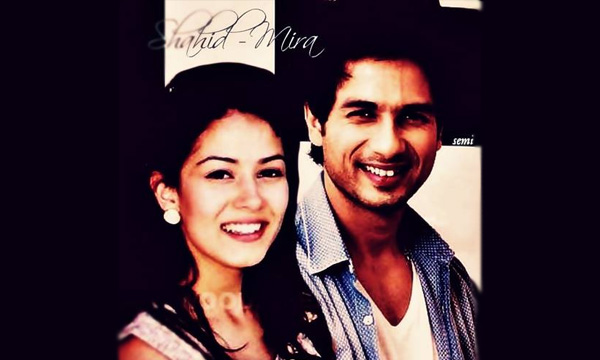 Two weeks into married life and the latest Bollywood IT couple is still trending. Be it sharing their first selfie or hitting the gym together, almost everything that Bollywood’s chocolate boy and his wife does, makes headlines.

Rumor has it that a renowned décor brand is trying to cash the trend in for their own benefit. Yes, you guessed it right. After, the power couple, Shahrukh Khan and Gauri Khan, the Kapoors are in line for endorsing a home décor brand.

Sources reveal that the brand has been interested ever since Shahid Kapoor bought a new sea-facing house and spent time decorating its interior by himself. However, the brand waited till the Rajput bride entered the scene to rope in the couple for the endorsement.

The brand plans to be the first one to launch them together onscreen, as they are yet to make an official onscreen appearance as a couple and cash in on the hoopla surrounding the duo. More so over, the couple’s trending life is sure to give the brand some substantial en cashable value.

There were rumors about Mira making an appearance with the dancing maestro at Jhalak Dikhla Jaa season 8, however, with rumors doing round of Kapoor quitting the show altogether, it seems like the home décor brand will be the one to debut the couple onscreen.

Shahid Kapoor will soon be seen in Vikas Bahl’s “Shaandaar” alongside Alia Bhatt, slated for a release on 22nd October 2015, and later, in Abhishek Chaubey’s “Udta Punjab”.