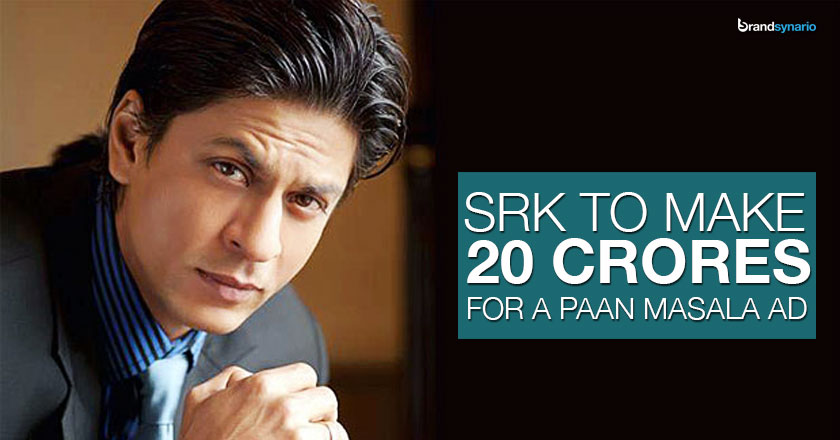 The King of Bollywood Shah Rukh Khan  has been offered huge endorsement deal worth Rupees 20 crores with a pan masala brand. thus making it the most lavish and pricey ad deal in Bollywood.

The concept of this pan masala brand commercial is to show an ordinary man who started from zero and then made it big with his own efforts and rose to the highest level in life.

At first, the brand officials were looking to sign another Bollywood celebrity but later on dropped the idea as they wanted to have a personality which would go with the ad concept. They reassessed their opinion and thought SRK would rightly suit the ad concept, therefore, they have approached him.

As SRK is a big name, the company is ready to pay him Rs 20 crore. sources further claims, that they are  excited to shoot a commercial with him and they are now waiting to see how their sales boost up with King Khan’s presence.