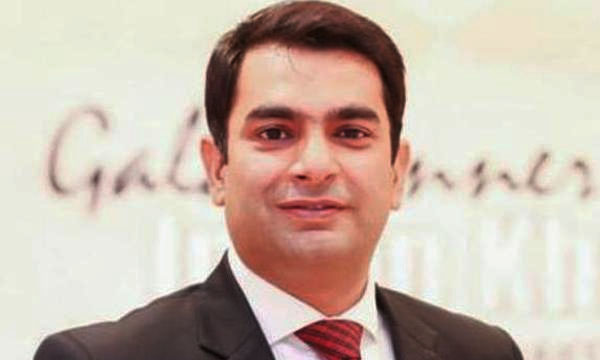 Sarmad Khoosat has made Pakistan proud with his cinematic magnum opus, Manto. The movie made waves all over the globe and even made it to coveted international screenings. Now, the star is all set to receive the honorable Pride of Performance award 2016 by the President of Pakistan, Mamnoon Hussain for his contributions in the area of arts.

The icon is overjoyed with the honor being granted by the government of Pakistan.

“It is extremely overwhelming and no words of gratitude will suffice the love, acceptance, and appreciation my country and people of my country have showered me with,” Sarmad Khoosat told  Express Tribune. It is a tradition that every year on 14th August 2016, President of Pakistan announces Pakistani Civil awards to be presented to civilians who have made the nation proud with their endeavors in various fields.

Five civilians will be awarded Sitara-e-Pakistan, three Hilal-e-Imtiaz, one Hilal-e-Shujaat and 49 people will be rewarded with Pride of Performance accolade.  Artists like Humaira Channa, Ustad Ashraf Sharif Khan, Javed Iqbal, Ghazi Salahuddin and Mustansar Hussain Tarar also made it to the list in the area of literature and music.

The awards will be distributed on Pakistan Day on 23rd March, 2017.

Pakistani celebrities and fans are ecstatic over Sarmad Khoosat’s massive feat and are congratulating the veteran.

@KhoosatSarmad congratulations to one of the best most talented directors of this country,pride of performance,very well deserved👍🏻🌹👏🏼🏆🎭

Congratulations to @KhoosatSarmad on being awarded the #PrideofPerfomance for his outstanding contribution to the industry! ❤️✌🏼󾮗🏼󾭂

Great news! So happy for you @KhoosatSarmad if anyone deserved it you did!!! #prideofperformance

Many congratulations @KhoosatSarmad for getting the Pride of Performance award. Much deserved!

Congratulations on the #PrideofPerformance @KhoosatSarmad my friend n my hero. Heres wishing you many more.#Pakistan

Meanwhile celebrations in my home, Ama crying, Aba dancing for @KhoosatSarmad who has gotten the #PrideOfPerformance !! So proud. Love you❤️

Congratulations to Sarmad Khoosat for receiving the #PrideofPerformance award! 💃🏽💃🏽💃🏽 @KhoosatSarmad

Manto Movie to be Screened at Harvard, Yale & Columbia University