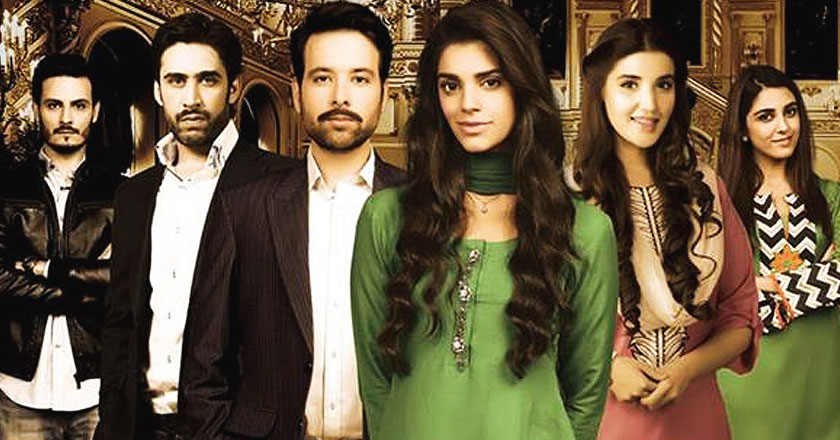 With predictably another hit, Hum TV is back with a new novel based drama, Diyar-e-Dil, featuring one of Pakistan’s best actresses to date, Sanam Saeed.

Diyar-e-Dil is aired at Hum TV, every Tuesday at 8 pm.

The drama, set in Pakistan’s exotic locations, is a social romantic story revolving around the family of an orthodox, Abid Ali and his two sons with opposite personalities. The first episode is already a hit with the audience as it has set the feel of the drama with strong performances from all characters, including the lesser known, Ali Rehman and Hareem Farooqi.

Meeqal Zulfiqar’s character is a more rigid, strong minded elder son while Ali Rehman plays the part of the younger, obedient son of the two. Hareem Farooqi is amazing as the hopeless romantic, in love with her childhood fiancé while Eshita Mehboob takes up her usual role of an uptight rich woman.

Having successfully played roles of Kashaf and Shazia, in Zindagi Gulzar Hai and Mera Naseeb respectively, Sanam Saeed is now appearing as Ruhina in Diyar-e-Dil, playing the love interest of Meeqal Zulfiqar’s character. Her role is similar to ones that she has played before; a simple, traditional girl from an ordinary family, with plain attires and bare minimum makeup.

In the interview with Hassan Shehryar Yasin in his late night show, Tonite with HSY, Sanam Saeed explained how she prefers taking up socially responsible roles in dramas, which empower women and inspire them to take control of their lives. She is yet to be seen in a role where she plays the role of a glamorous female with a more bubbly character.