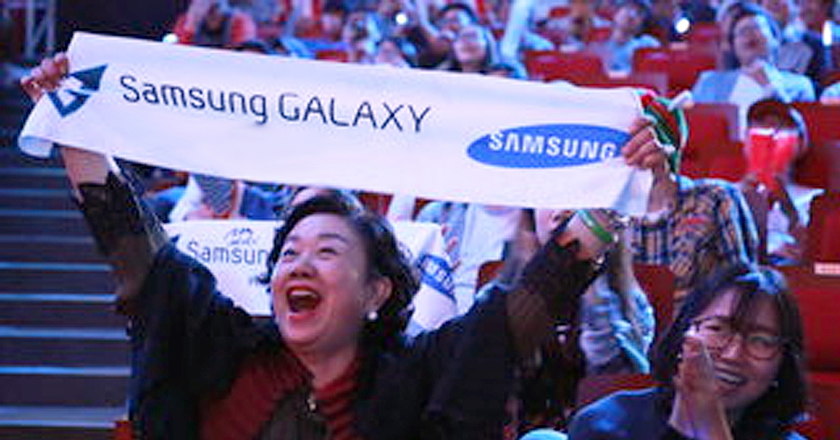 Apple is hitting its stride and no doubt, it has given rival Samsung a run for its money.

The world is readily switching to the iPhone bandwagon but the Chinese market seems more volatile. Samsung lost its market share to Apple in China last year and now the iPhone is the most popular phone in the region.

But is Samsung really desperate enough to hire fans for launch events?

Rumors has it that the South Korean tech giant hiring around 400 to 500 fake fans, along with 20 to 30 paid professionals, for its Galaxy S6 and Galaxy S6 Edge press launch event this weekend. The report was first testified by the Shanghai based news outlet, Paper.

It was revealed that several recruiters were hired by Samsung to further hire fake attendees for the event. The requirement for fake fans was to be younger than 30 years old and spend over an hour at the event to earn USD 4.80.

For professionals though, the rate was USD 8.10 for spending a minimum of 15 minutes at the event.

In response to these allegations, Samsung has reportedly conducted an investigation and denied all rumors claiming them “groundless and bogus”. The South Korean giant further clarified how over 1,100 event attendees were all genuine with none of them paid to be present.

The investigation was later corroborated by the Paper and a retraction was made. But does a retraction really matters after such goodwill and reputation damage?

The culture of fake fans is quite common nowadays during times of intense competition. Big corporations regularly hire agencies to conduct such deeds all the while keeping a safe distance and making sure there is no trail left behind.

However, having being blamed for such events repeatedly has tarnished Samsung’s reputation for good and people have reason to believe that the rumors might just have been true.

Moreover, if the attendees were such die-hard Samsung fans, why were most of them using iPhones to take pictures of the new Galaxy phones?

We all know how loyal Apple fans are; attending a Samsung event let alone praising the phones simply doesn’t sounds like an Apple user.