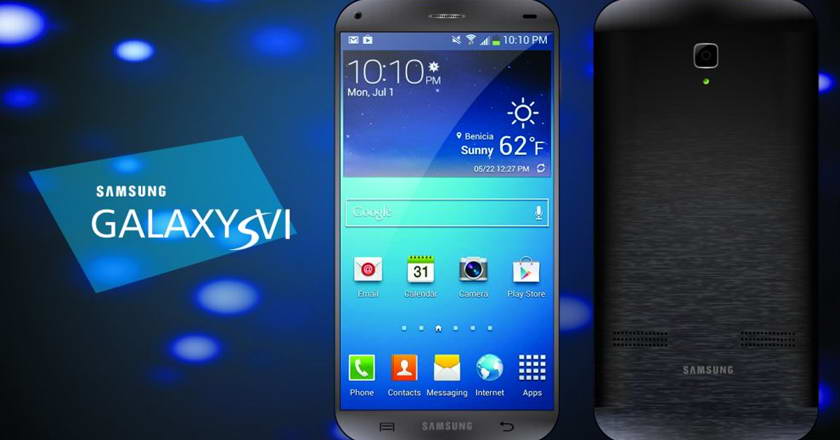 Samsung has a lot to prove this year to break the five quarter loss streak, with Apple, on the other hand, continuously outdoing itself. As a result, Samsung had decided to launch its next-generation flagship device, the sixth member of the four year old Galaxy S generation, Galaxy S6.

The new smartphone, believed to be “the most comprehensive update for Galaxy line to date” will be first unwrapped at the Samsung Galaxy Unpacked event, to be held in Barcelona, on 1st March 2015.

While there is only a week left before the event, the hype for the new launch has been around for months now. Different experts in the techno-sphere have been predicting the new features that may be part of the smartphone, based on hints by the Korean giant and making clear their expectations from them after the unpredictable failure of S5.

There have been some verified reports that two versions for the new Samsung Galaxy S6 will be released; one with a metallic unibody (non-removable battery) and one with a plastic back cover, with a curvy shape similar to Galaxy Note Edge. Furthermore, as part of the Project Zero, the new smartphones will also feature a 2560 x 1393p QHD display screen, as previously seen in Galaxy Note 4. The screen size is expected to be between 5.2 to 5.3 inches, with 3750 x 2160 UHD display, based on the pattern set by the previous phones in the Galaxy line.

The new smartphone, in competition with rival iPhones, are also rumored to feature an improved fingerprint scanner with the likes of iPhones’ TouchID, and consequently, a more sensitive and bigger touch-based Home button like the previous flagship device. The operating system rumored to be in use is likely to be the new Android 5.0 Lollipop, with revamped notifications menu, 64-bit architectural support and modified Gmail application.

From the previous Galaxy S5, the new smartphone will most probably be adopting the water resistant coating and the heart rate sensor at the back. There have also been rumors about Galaxy S6 featuring the new Snapdragon 810 chip processor. However, following these rumors shortly, was the news of the phones overheating during the trial phase. This could in turn mean that Galaxy S6 might use the home grown Exynos 7 octa-core processor. With the new processor, users might be able to enjoy a 50% increase in the LTE download speeds.

With Galaxy S6 sporting a unibody, water resistant too, the rumors for no expandable memory have been surfacing too. However, this can be excused with the idea of releasing two phones, with different storage capacities, 64 GB and 128 GB. The camera specs for the new smartphone are as good as 20MP for the rear camera and 5MP for the front-facing one, with optical image stabilization.

One of the only features that made the S5 buyers happy was its excellent battery performance, so if Samsung sticks by it this time too without improving it, users will have their expectations met. Furthermore, Samsung has been working on the Iris scanning technology for some time now. It might be so that we will be able to enjoy the new tech in the much hyped next-generation smartphone.

While the date for the commercial launch of the smartphone has not been revealed as yet, with mounting losses of the company, it is predicted that Samsung will be releasing pretty soon after its unveiling event. As for the prices, with its new and improved technology, it won’t be a surprise if the new Galaxy S6 is a little heavy on the pocket. If rumors are to be believed, the smartphone will come with a price tag of USD 799 to USD 849.