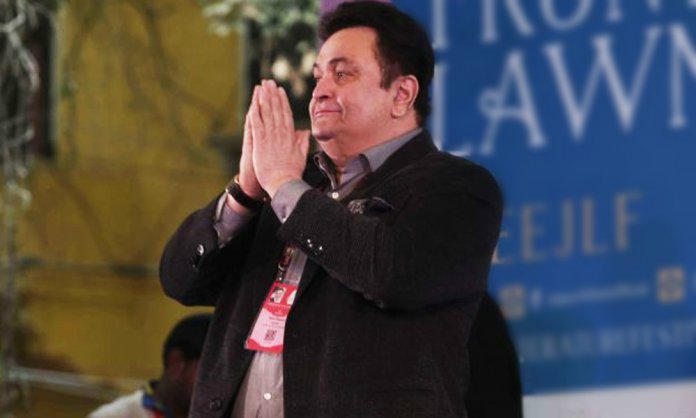 The veteran Bollywood star Rishi Kapoor gave a shout out to Jawed Sheikh for his movie “Wajood”, who is making a directorial comeback after 10 years!

Being his old friend and colleague, Rishi Kapoor tweeted the trailer of “Wajood” along with his best wishes for Jawed Sheikh.

The Pakistani icon has not only directed and produced this upcoming flick but, will also grace our screens with his phenomenal acting!

With all the tension that has been going on between the two countries, it’s great to see the two old hands of our entertainment world appreciating each other.

Jawed Sheikh is probably the only star who’s been a constant on both sides of the border for quite a long time and has worked in numerous Bollywood movies.

He appreciated this good gesture from his co-star with a “Thank you” under the post and it’s just too nice!

After Khulay Aasman Ke Neechay, Jawed Sheikh is making a comeback in Wajood after a decade as a director, which stars Danish Taimoor, Saeeda Imtiaz, Nadeem Baig, Ali Saleem and also an Indian actress Aditi Singh.

Did you know? Veteran #film actor #JavedSheikh was offered the role to play Kareena Kapoor's father in #VeereDiWedding but he had to reject the offer – cause #Pakistani #artists are supposedly #banned by #India to be featured in any #Bollywood film. #actor #films #movies #cinema #bollywood #kareenakapoor #sonamkapoor #swarabhaskar

Produced under the banner of Jawed Sheikh Films, “Wajood” was a revenge-thriller and did average business at the box-office.