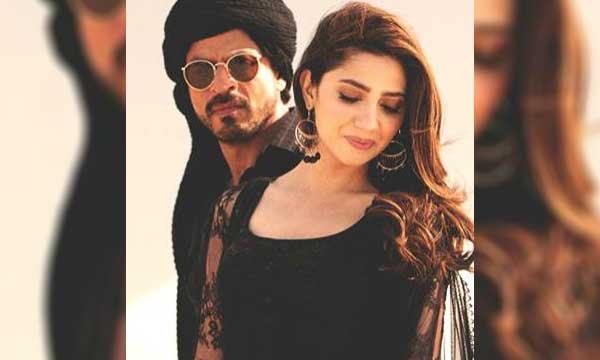 The moment we all have been waiting for is finally here! Raees is all set to hit the cinemas today and early reviews have started pouring in about Mahira Khan’s big Bollywood debut! Of course, movie-buffs who have seen the film can not keep calm and have taken to Twitter to make others envious.

The action-crime thriller has been set in Gujrat, dating back to the 1980’s.

#Raees: #ShahRukhKhan take a bow. Full on entertainment. Dialogues are to DIE for. A MUST watch. Super Hit!! #ApnaTimeShru. #Review pic.twitter.com/KVVd2Bs3NA

Shah Rukh Khan plays the role of a noble-hearted gangster, Raees who has an illegal business, only to help the needy!

Climax Of #Raees is so terrific n amazing that you will glued to the edge of ur seats👌check full review here ! 4*/5 https://t.co/rmbTxgDsV1

Reviews reveal that the Bollywood Badshah has left no stone unturned to portray his rowdy avatar.

#Raees special premiere show just finished . Wow , I mean WOWWWW . That is a hell of a film . @iamsrk just stole the show

SRK’s acting was so power-packed that it even reminded many of his old performances.

Watched #Raees & its #SRK show all the way. His eyes express honesty. The film takes us back to his earlier work. He is back – Fabulous

Our Pakistani Queen plays SRK’s love interest and people are loving their couple.

.@TheMahiraKhan gets limited screen time but manages to deliver a solid performance. #Raees

#Raees @TheMahiraKhan as I expected has done her part brilliantly. Her chemistry with @iamsrk looks real n beautiful. @RaeesTheFilm

However,  it is Nawazuddin Siddiqui who is stealing the thunder of both the Khans.

@Nawazuddin_S bhai what a brilliant performance in #Raees you’re a genius sir. You’re already an all time great actor of Indian cinema

What chemistry between @Nawazuddin_S & @iamsrk there were more fireworks there than the love track Chor-Police chase is back! #raees

.@Nawazuddin_S steals the show with his amazing one liners @iamsrk @RaeesTheFilm #Raees

As a determined, obstinate policeman, he has wowed the critics and proved he is a big asset to the plot.

#Raess is a crackling vintage @iamsrk @Nawazuddin_S rollercoaster ride.
Good luck to my school bud @rahuldholakia n all at @excelmovies 👍🏽

Seems like SRK & Nawaz’s chemistry have worked its magic in the movie!

#Raees is a big masala entertainer. #ShahRukhKhan is mindblowing. @Nawazuddin_S is amazing. Go and whistle in theatre 👌👌👌👌👌 @iamsrk

#Raees = SURE-SHOT HIT… SRK and Nawazuddin are the lifeline… A must must watch!

#ShahRukhKhan is at his A game yet again. And his chemistry with @Nawazuddin_S is scene stealing. Don't miss #Raees. @RedChilliesEnt

Read what Bollywood publications have to say about Raees!

While director Rahul Dholakia is being lauded for his cinematic endeavor, SRK and Nawaz have been given a thumbs up for their stellar performances, Mahira Khan’s acting is being bashed by many Bollywood critics. Such harsh reviews hint they Indian critics are probably being biased towards our Humsafar haseena, who has proved her mettle countless times in the entertainment industry!

Mahira Khan is Being Treated Like an Untouchable by Raees Producers: Atiqa Odho