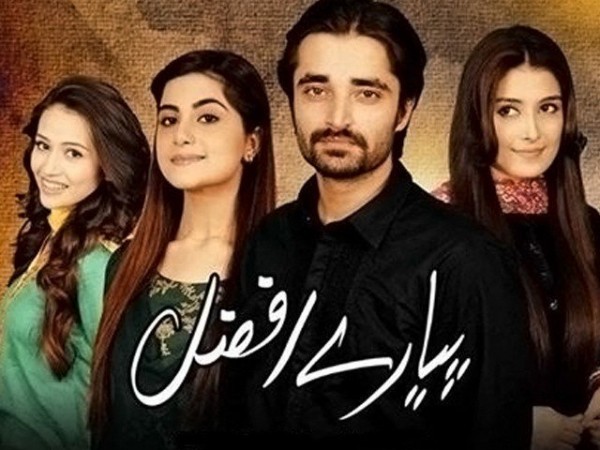 After the brooding Ashar and the coy Zaroon, it’s our very own Pyaare Afzal winning millions of hearts across the border in India.

Famous for his rather controversial social media posts, heartthrob Hamza Ali Abbasi debuted with his stunning performance in Khalil-ur-Rehman’s Pyaare Afzal. The blockbuster drama is currently being aired in India at Zee Zindagi channel and receiving its fair share of love.

An ultimate hit, Pyaare Afzal is the story of a carefree man, Afzal, from an underprivileged background, falling in love with a mill owner’s daughter, Farah, played by Ayeza Khan. The romantic drama revolves around Afzal’s dejected love, a stint with a Karachi gangster mob and finally, his union with his true love.

Pyaare Afzal was an out and out hit with the local audience so much that the drama’s last episode was aired at cinema screens, making it yet another popular drama after Humsafar to hit the big screen.

Check out what some Indian viewers have to say about the hit drama serial, Pyaare Afzal:

@zindagi One of the Best dramas ever #PyareAfzal. Hamza Ali Abbasi rocked it completely

I can’t deny the fact that #PyaareAfzal is way better than rubbish saas bahu serials with over the top acting!

I can’t deny the fact that #PyaareAfzal is way better than rubbish saas bahu serials with over the top acting!

Applause to #pyaareAfzal on @Zindagi for it’s sheer writing and portrayal of inter personal relationships between each caste! #MustWatch

Touched by the amazing response for his script by India audience, Khalil-ur-Rehman took to Facebook to express his gratitude: