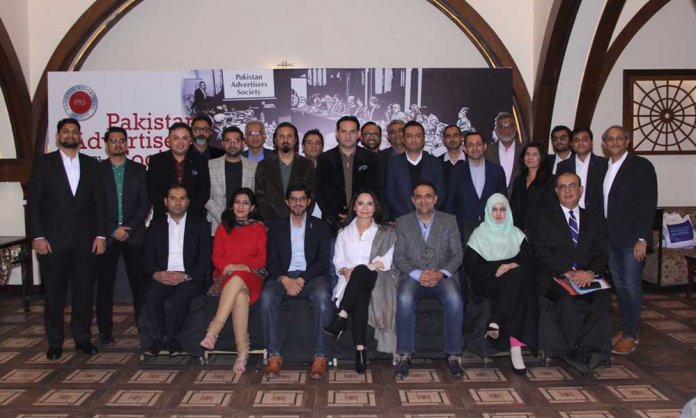 The AGM was attended by all the major advertisers of Pakistan. The Executive Director of
PAS, Mr. Qamar Abbas, presented key initiatives of 2019 along with some of the important
industry issues. The agenda for 2020 was also proposed to the members. This was followed
by a presentation on the first Effie Awards Pakistan by Afsheen Rizavi, project head and
General Manager, PAS.

The AGM also marked the end of the two-year tenure of the current Council and the Office
Bearers. The elections for the new council were also part of the proceedings.
The newly elected Council comprises of 14 members.

Mr. Asiz Aziz, Chief Operating Officer, JAZZ was elected as the Chairman of the Society.

The new council will start its term from the 1st of January 2020. The AGM was concluded on a high note with Margaret Mead quote that never doubts that a small group of thoughtful, committed people can change the world. Indeed, it is the only thing that ever has!