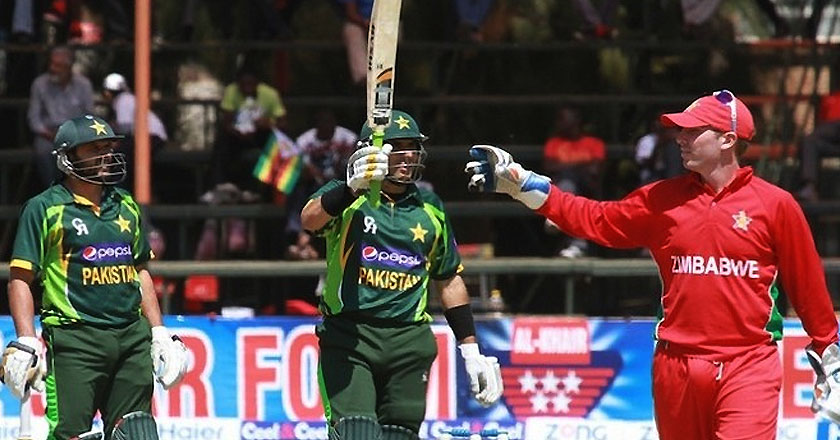 The wait is finally over! Pakistan is ready to host its first International cricket match on home soil in more thansix years, as the national T20 team faces Zimbabwe in the first of two T20 Internationals today, at 7.00 PM (Pakistani Standard Time), at the Gaddafi Stadium, Lahore.

Amidst plenty of emotional scenes, adrenaline pumping through their veins, the Pakistani spectators will worry less about what is happening with bat and ball, and instead live in the moment when the first ball is bowled – the first international delivery since the dreadful day when the Sri Lankan team was attacked by armed gunmen on the streets of Lahore. After many promises, plenty of back-and-forth meetings, the Zimbabwean team agreed to tour the land of the pure, and battle it out with the fallen Asian cricketing giants in a limited-overs series.

Under strict security, the two teams have been practicing under the floodlights at the Gaddafi Stadium, and the revival of international cricket in Pakistan looks to have finally gotten on the right track.

The Pakistani team, under the leadership of their T20 captain, Shahid ‘Boom Boom’ Afridi, has included plenty of veterans and a few players aiming to make their debut on home soil. All-rounder Shoaib Malik, and pacerMohammad Sami have been recalled by the selectors, while Anwar Ali, Bilawal Bhatti and Hammad Azam also make their return to the squad. Mohammad Sami returns to the international set-up for the first time since 2012.Umar Akmal has also been recalled to the international set-up after being dropped out of the squad that faced Bangladesh last month.

Nauman Anwar, a big-hitting newcomer playing for the Sialkot Stallions, is accompanied by Imad Wasim, a former captain of the Pakistan Under-19 Cricket team, and Mukhtar Ahmed, who has one international T20 cap against his name.

Zimbabwe have made major changes to their 15-man squad that participated in the World Cup 2015, with seven changes in the team. Regis Chakabva, Tendai Chatara, Tafadzwa Kamungozi, Stuart Matsikenyeri, Solomon Mire, Brendan Taylor have all been replaced by Charles Coventry, Roy Kaia, Chris Mpofu, Richmond Mutumbami, Vusi Sibanda, Brian Vitori, Graeme Cremer. Roy Kaia is in line to make his debut in the series.

After the retirement of captain Brendan Taylor, Elton Chigumbura has taken the captain’s armband and will lead out his men in both T20 and ODIs.

Here is a stat for you: Pakistan has faced the Zimbabweans in 5 T20Is, and has won all five of them!

Expect a flurry of emotional scenes, and a will to get back to winning ways in the limited overs formats for the Pakistani players, after their dismal performances against the massively-improved Bangladeshis in their last series. The happenings on the field would take a back seat for a few moments, as the energetic Pakistanis finally witness their men in Green take their rightful place on the national cricket grounds. Only after the first ball is bowled and the dust has somewhat settled, will the Pakistani supporters set their standards high once again and expect nothing less than a commanding victory over our African visitors.

Watch all the live action on PTV Sports at 7.00 AM (PST) and get ready to once again start supporting our men in green!