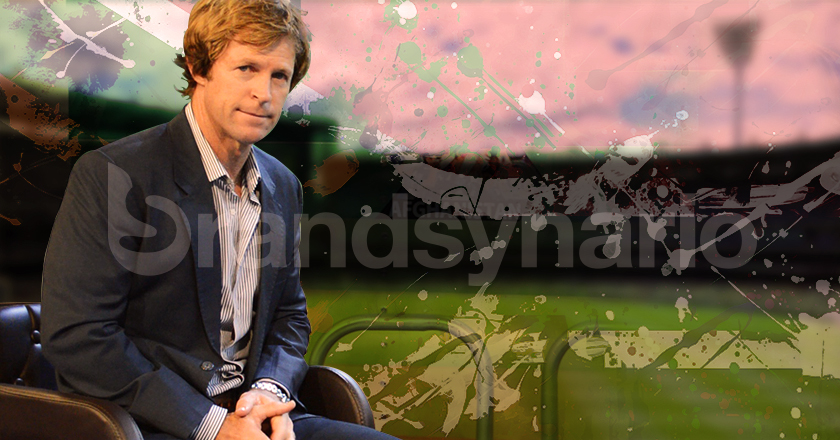 Recently, Brandsynario got hold of arguably the best fielder of the last generation, South Africa’s Jonty Rhodes, and conducted the first ever online interview of the fielding legend under its newly launched section, Brandsynario Chats.

In his first online interview to the Pakistani media, Jonty Rhodes, who represented South Africa in 245 One-Day Internationals and 52 Tests, was asked to define the Pakistani Cricket team in one word. Without much pondering, he replied with a simple “chaos”, while when asked to do the same for the South African team, he replied “unity.”

Even though his words were simple, they held a strong reflection of what the two cricketing giants, who face off in a crucial, must-win game for Pakistan on Saturday, represent at this point in time.

While the South Africans have an extremely balanced side, with a brilliant batting line-up comprising of AB de Villiers, Hashim Amla, Quinton de Kock, and David Miller, and an equally outstanding bowling unit with the likes of Dale Steyn, Morne Morkel, and Imran Tahir, the Pakistani cricket team has been over-reliant on their captain, Misbah-ul-Haq, having been let down by their opening batsmen in all of their Pool B matches.

With the team management failing to find the right balance between pace and spin bowling, the Pakistani cricket team is, undoubtedly, in a mess, while their opponents for the next match are sailing smoothly after their only loss to India in the tournament, hitting top gear at just about the right time.

In a game that may get affected due to bad weather, the Pakistani team would need a miracle to progress on to the knockout stages should a heavy downpour results in cancellation of the game.

The two teams have met on 71 previous occasions with South Africa boasting a healthy 67% win-percentage, winning 47, while Pakistan have won 23 of those encounters.

Let’s just hope that the weather stays calm, and Pakistan puts in a valiant display of brilliant cricket to, firstly prove Jonty Rhodes wrong, and then win and set up their own mini-final against Ireland next week.

Pakistan and South Africa meet in Game 29 of the ICC Cricket World Cup 2015, on Saturday, March 7, 2015, at 06:00AM (Pakistan Standard Time), in Eden Park, Auckland, New Zealand. Make sure to catch all the pre-match build up on PTV Sports exclusive Cricket show, #GameOnHai.